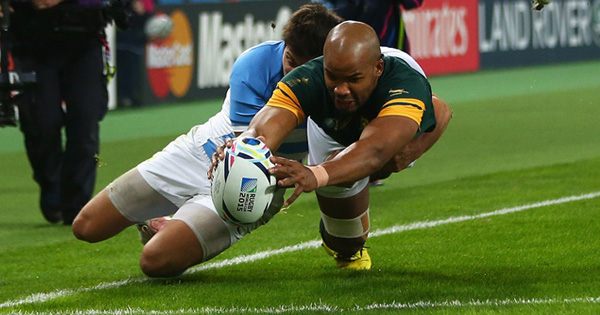 Bryan Habana was unable to beat the world record for most tries ever in Rugby World Cup history, that he holds with Jonah Lomu, but played a part in South Africa’s 24-13 victory over Argentina at the Olympic Stadium on Friday night.

The Springboks scored two tries and led by twenty points for most of the match, but errors and stop-start play in the second half made for difficult viewing. Despite both sides playing an open game early on, second half substitutions and stoppages killed the flow of the contest.

Argentina picked up a consolation try on full time, but it was too little too late and South Africa, who started the tournament terribly, at least finished with a win.

It’s the second time that South Africa have come third in the Rugby World Cup, something they did in 1999 too, when they beat New Zealand four years after first lifting the trophy. Argentina’s best ever result was in 2007, when they beat hosts France to come third.

A number of stars were playing their final games for their countries, namely Victor Matfield, Juan Martin Fernadez Lobbe, and Schalk Burger.