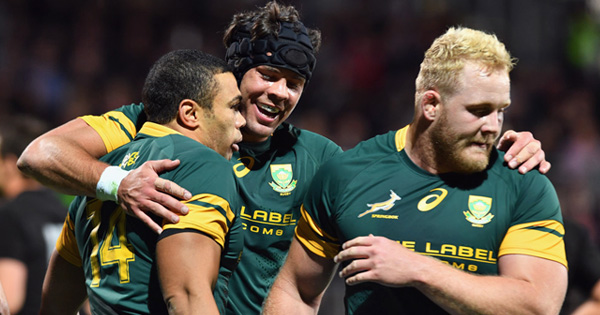 South African rugby has today announced a new move to aid in the issue of home grown players playing rugby overseas, by implementing a similar system to that of what Australia put in place in 2015.

Now, only overseas-based players with more than 30 Test caps will be eligible for selection.

This decision comes after a disastrous year for South African rugby, which saw the Springboks losing Tests to Ireland, Argentina and Italy. They are now ranked 6th in the world, after Scotland leapfrogged the double World Champions with their big win over Wales in the Six Nations.

The SA Rugby Executive Council announced that the policy will come into force from 1 July 2017, allowing players with fewer than 30 caps to return to South Africa should they wish to be considered for Springbok selection after the Castle Lager Incoming Series against France in June.

The policy replaces the existing situation where any player eligible to play for South Africa could be picked at the discretion of the Springbok coach.

The coach will meanwhile retain the right in a Rugby World Cup year to select any player he believes is essential to the campaign – regardless of number of caps.

“We are sending a message to young players that if they wish to play for the Springboks, then they must remain in South Africa,” said Mr Mark Alexander, president of SA Rugby. “But we have also retained flexibility for the coach to select exceptional players who may be based overseas provided they have a proven track record of 30 Tests for the Springboks.

“How to balance the need to select the strongest possible team against the challenges of having such a large number of players based overseas has been a subject of long debate in our game.

“We have made this change in what we believe are the best interests of the Springbok team but we will review it periodically in conjunction with the national coach.”