Stephen Ferris talks about his forced retirement from the game

Ulster and Ireland flanker Stephen Ferris, who announced his retirement from the game earlier this week, spoke to Ulster Rugby TV about what the future holds. The 28-year-old won 35 caps for Ireland and made 106 appearances for Ulster.

The announcement press release is as follows:

He represented the national team at the 2011 Rugby World Cup in New Zealand and played in all five games of Ireland’s 2009 Grand Slam success.  That same year he was selected for the British and Irish Lions Tour of South Africa and scored two tries before injury prevented him from claiming a Test place. He won his last cap for Ireland, against England, in the RBS 6 Nations in March 2012.

Ferris, a graduate of the Hughes Insurance Ulster Rugby Academy, made his debut for Ulster as a substitute against Border Reivers in 2005 aged just 20. He quickly made an Ulster starting place his own and was named Ulster’s player of the year in 2006.

In 2012 he was man-of-the-match in the Heineken Cup Quarter-Final win over Munster and was instrumental as Ulster made the final for the first time since 1999. 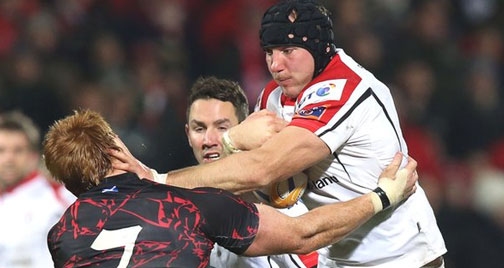 Ferris suffered an ankle injury against Edinburgh in the RaboDirect PRO12 in November 2012 and spent 16 months on the sidelines. He made his return as a substitute against Scarlets in March and played three more games for Ulster. His final appearance for the Province was in the Heineken Cup Quarter-Final against Saracens at Ravenhill.

Commenting on his retirement, Ferris said: “It is every young rugby player’s dream to represent their Province and their country and I have been enormously privileged to have done both.

“I have shared a pitch with so many talented players over the past nine years and I want to thank my team-mates at Ulster and Ireland for the support that they have given me.

“I also want to thank the IRFU as well as the strength and conditioning coaches and medical team at Ulster Rugby, for all their hard work, patience and backing over the past year and a half.

“Finally, I would like to thank my family – my mum Linda and my dad Robert who helped me on the journey from playing rugby as a young kid at Portadown to lining out for the British and Irish Lions. My girlfriend Laura has been and remains a constant source of inspiration and encouragement.

“I have had a great career, met many wonderful people and I hang up the boots with no regrets.” 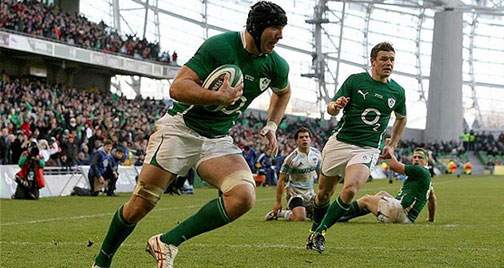 Ulster’s Director of Rugby, David Humphreys, said: “I would like to thank Stephen for the outstanding contribution that he has made to Ulster Rugby.

“We knew from the day and hour that he walked into the Academy that he was an exceptional talent. Through dedication and hard work he developed into one of the best forwards in the world game.

“He has always played an important leadership role within the squad and he helped mentor and inspire others. While we are sorry to be losing Stephen, we recognise and celebrate the exceptional rugby career that he has had and wish him every success in the future.” 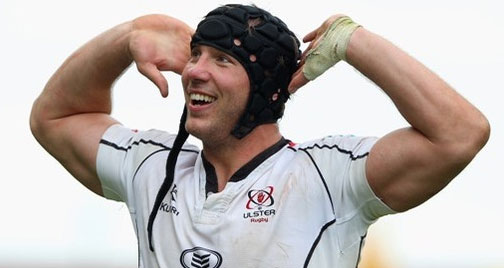