Stuart Hogg named Six Nations Player of the Championship for 2016 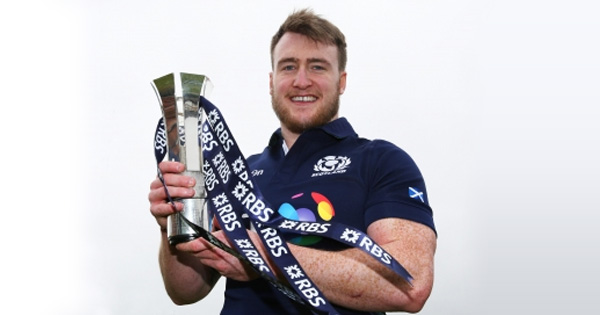 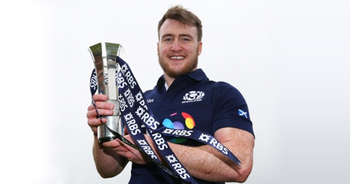 Scotland fullback Stuart Hogg has been named the 2016 RBS 6 Nations Player of the Championship, securing over 30% of the public vote since the tournament ended at the weekend, as well as being picked by the assigned panel.

Hogg was a standout player for Scotland this year, as he has been since making his debut, and scored another great try against Ireland this past weekend.

After a shortlist of 12 players was picked by Phil Vickery and Gareth Thomas, he was voted for by 20,970 fans as part of a dual process to find the best player of the tournament.

England’s Billy Vunipola came in a very close second with 27% of the vote for his significant role in securing the team’s Grand Slam. Third place was awarded to the top-try scorer, George North with 11% of the votes, followed by Ireland’s scrum-half Conor Murray in 4th (4,412 votes).

Hogg, who made his 43rd Test appearance during the Championship commented:

“I’m honoured to receive the RBS Player of the Championship Trophy and join the list of the esteemed players that have won in the past. I’m extremely grateful for all the supporters who voted for me.”

Players at every RBS 6 Nations match this year were awarded (or deducted) points based upon a number of different performance categories which cover all aspects of the game. These categories were proportionately weighted based on the different positions by an algorithm created by RBS 6 Nations statisticians Accenture.

Below is a quick interview with Hogg after receiving the award