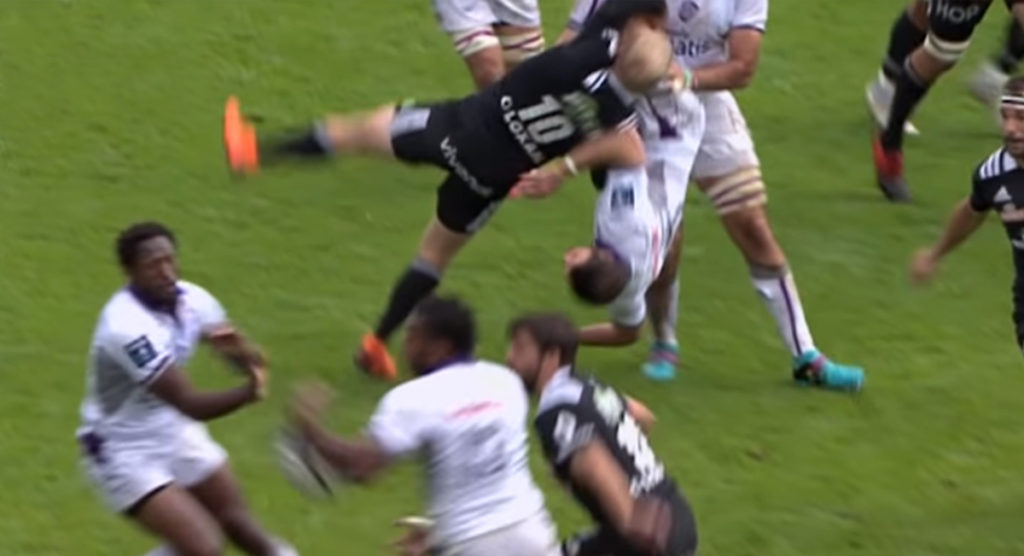 Former Ulster back Stuart Olding did Brive no favours when he earned a straight red card just twelve minutes into their PRO D2 match with Soyaux Angouleme this past weekend. While you would think that it wasn’t at all malicious, it looked extremely dangerous for both players.

Olding will likely face a disciplinary hearing for the sending off, handed to him after he lost control of a challenge and momentum flipped both himself and opposite number Guillaume Laforgue.

Both players landed on their heads, with Olding the culprit as he left the referee with little choice.

Replays (see below) showed that Laforgue actually jumped slightly after passing the ball, but it all happened so quickly that Olding had little opportunity to control things.

Thankfully, neither player was injured and they got up unscathed, with Olding apologising immediately.

There were actually another two red cards later in the match, as the two sides got involved in a bit of push and shove just minutes before the final whistle.