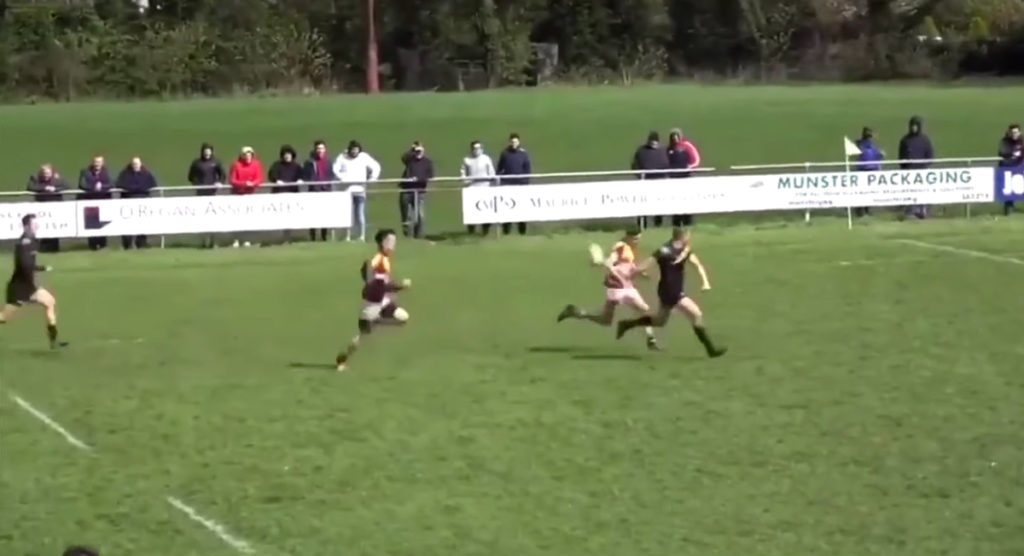 Irish Rugby announced the winner of the All Ireland League Try of the Year and it is one that any player on Earth would be proud of. Today we look at the try, as well as some high level reverse flicks that you should enjoy seeing again.

Division 2 C outfit Malahide were awarded the accolade for Daniel Hayes’ finish, but the offload in the build up for the try by Marcus McAllister is the stuff of legend.

This is a finish that the likes of Sonny Bill Williams or Quade Cooper in all their pomp would be proud of, and it is understandable that this would be awarded the Try of the Year.

Perhaps it could also have been called the Pass of the Year, as the rest of the try was basically a run in for Hayes, who to his credit was there in support.

We’ve seen a number of similar flick passes over the years at the highest level, perhaps none more memorable than those from Brock James, Tamati Ellison and Dillin Leyds.

Brock James did it against Brive in 2013, passing brilliantly as he fell in a tackle.

Tamati Ellison actually did something very much the same a few months earlier, setting up a try for the Highlanders and Ben Smith.

More recently, Stormers back Dillyn Leyds made one of the most outrageous passes you’re likely to see, leading to a try for SP Marais against the Chiefs.

While they’re not exactly the same as what McAllister did for Malahide, it’s always nice to have an excuse to show them again.