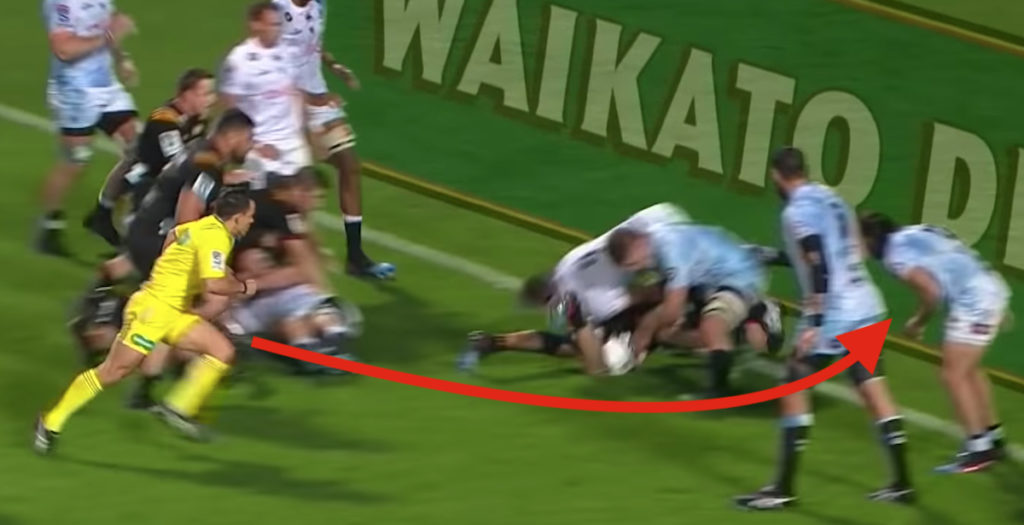 Super Rugby referee Nic Berry brought flair to Hamilton on Saturday when he executed a knee slide that even Cristiano Ronaldo would have been proud of.

Berry was refereeing the round 13 game between the Chiefs and Sharks when he slid over the try line to get a better angle so he could award Mitch Karpik a first half try, simultaneously blowing his whistle.

Born in Brisbane Australia, Berry played professionally for the Reds, Racing 92 and Wasps before he retired in 2012 following a series of concussions.

The 35-year-old refereed his first Super Rugby game in 2016 having only started officiating for the first time the year before.