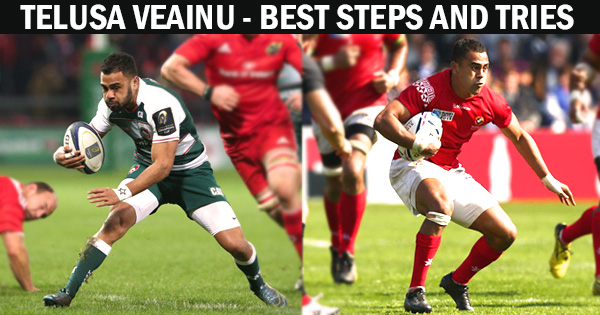 Telusa Veainu was a stand out star for Tonga at the World Cup, and he’s continued that form with some highly impressive performances for Leicester Tigers in the Premiership and Champions Cup. His dazzling feet, great hands and balanced running have made him a real threat from the back.

A week ago we took a look at his excellent sprint to prevent a Munster try, so here’s a look at some of his best bits on attack. Keep an eye out for him on Saturday in the opening game of 2016, and indeed throughout the season, where he will no doubt continue to light up the tournament.

In this compilation we see some of his best moments, featuring some unbelievable stepping and also including that full field wonder try he scored for the Crusaders back in 2013.