The Evolution of Rugby Jerseys over the years 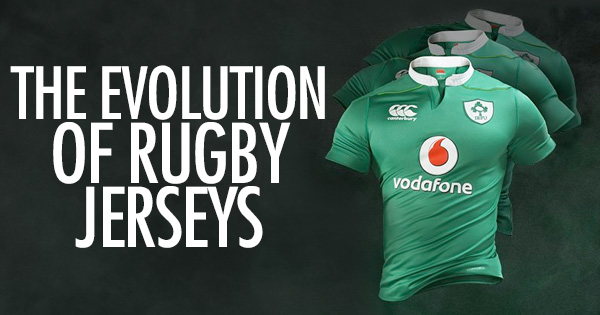 The modern rugby jersey is a massive technical achievement by the industry. Long gone are the days of clubs scraping together to buy some cotton shirts of the same colour. The shirt you got was often 3 sizes too big for you and you were told you’d grow into it.

Jerseys are now tailor made to the team and players’ individual requirements. We’ve come a long way baby, and we’re not done yet. 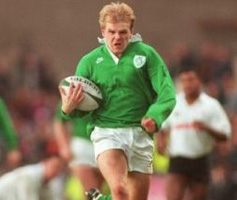 Cheap and hard wearing, these kept you warm on a December night. They would weigh 2 or 3 kg’s heavier in the rain though, and make you lose 2 or 3 kg’s in the summer! A mostly unchanged design since rugby school, the biggest innovation being the introduction of rubber buttons. 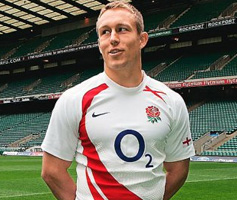 Soccer jerseys? Never! It wasn’t until 2003 that polyester jerseys became mainstream. They were resisted at first by supporters, but players could see the benefits.

Adding water resistance and much reduced weight, they quickly became popular in the professional game. 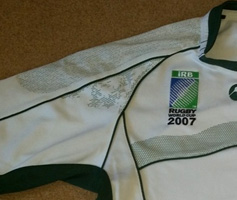 With the new polyester materials in jerseys, and the skin tight sizes, it became much harder to tackle players by grabbing the jersey. But it also meant it was much harder to hold on to the ball in the wet and bind onto teammates.

The solution? Adding the same rubber material used on balls to help with grip.

Do I look fat in this? 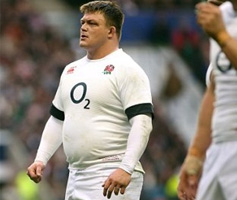 Unfortunately skin tight jersey aren’t going to suit everyone, so now there are supporter jerseys sold to the public, rather than only awkward looking Test jerseys.

So what does it take to design a new jersey?

The process can take up to 24 months before the jersey is released for sale to the general public. It starts with manufacturers working closely with sponsored teams and players, asking players what they want to see from their kit and asking for their feedback on prototype clothing.

Make no mistake this is not just feedback on style, it’s important that players perform to their best on game day. Performance data is used to see if players are benefiting from new materials and designs incorporated into jerseys, taking into account how performance increases or decreases in different playing conditions.

New materials are always being researched in collaboration between manufacturers, universities and sports science institutes. Developments in other sports are also being closely monitored to see if there are any potential benefits for rugby.

Modern jerseys are now also designed with the individual players and demands of the game in mind. For example, the location of grip strips can be different between forwards and backs to help them in their positional roles.

Changing laws of rugby will also have an effect on how a jersey is developed.

Once a prototype has been developed, it must be tested rigorously before ever being given to a professional to test. Below is a picture of an English jersey being tested for a simulated grab on jersey to ensure it does not rip.

One important aspect of field testing with the professional is to ensure the players are comfortable with the kit before a major tournament. You wouldn’t want to be running a marathon in a new pair of shoes and the same principle applies to rugby jerseys.

So with that in mind, think about the new jerseys for next year’s Lions tour and then for RWC 2019. The players will be using those jerseys in training well before a ball is kicked in anger.

Just for a bit of fun I decided to pull out all the old jerseys I have to see how they have changed through the years.

If you were to open up the drawer containing your jerseys, what would you find? Which jersey was your all-time favourite and which one did you hate the most?