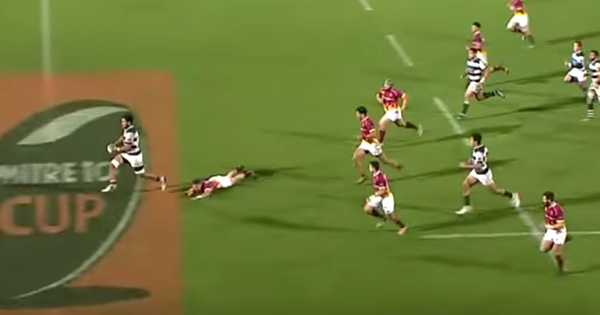 Young Rieko Ioane scored twice and his brother Akira once as Auckland put on a second half blitz to beat Southland 51-16 in round three of the Mitre 10 Cup. Both brothers scored stunning tries, showing the kind of prospects they are for New Zealand rugby.

The final ten minutes of the match were quite unbelievable, with Auckland scoring five tries on their way to the huge win. It was a real team effort but the Ioane brothers stood out for their sensational running and two classic tries in particular.

Both already 7s stars, with Rieko making his debut aged just 17-years-old, its safe to say that it won’t be long before we see them as regulars for the All Blacks in Test rugby.