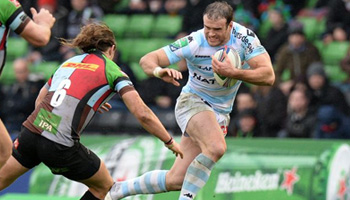 With current Racing Metro centre Jamie Roberts reportedly accepting an offer to join Harlequins after the World Cup, what does this mean for his future selection with Wales?

Roberts has reportedly rejected an offer to re-join former club Cardiff Blues in favour of joining the London based side, however many have claimed that this change of clubs would affect his selection when it comes to future internationals with Wales.

Head Coach of Wales Warren Gatland had previously stated that he would prefer Welsh internationals to play in Wales. “Gatland’s Law”, where Gatland is able to make exceptions to the rule laid down by the Welsh Rugby Union that no player based overseas can represent Wales, was part of a £60million deal between the WRU and the four Welsh regions.

In addition, Gatland holds an official mandate to discard anyone who he feels that Wales can probably afford to be without. The deal is aimed to discourage players from following in the footsteps of other Welsh stars such as Jonathan Davies (Clermont), Leigh Halfpenny (Toulon) and Roberts himself (Racing Metro).

For Roberts, a move to Harlequins would see him fall foul of Gatlands law. However Gatland has come out as saying: “There’s not a hard and fast rule as there is with England.

“There are exceptions where players have been playing outside of Wales and there are one of two wildcards we could pick. I think the long-term goal is to have a policy where, ideally, we pick players who are playing in Wales”.

Osprey’s coach Gruff Rees stated: “You can’t cut off your nose to save your face. Even though we are building depth in Wales, you still have to get your best players on the park”.

He has on the other hand further stated ‘A pocket of two or three of your best players being elsewhere isn’t a massive issue, as long as there are other players of standard who can come through to the Welsh game’.

The argument that remains with regards to Roberts and Gatlands Law is as follows; Should a coach always pick his best XV, or should he follow the system as set down by his nations governing body?