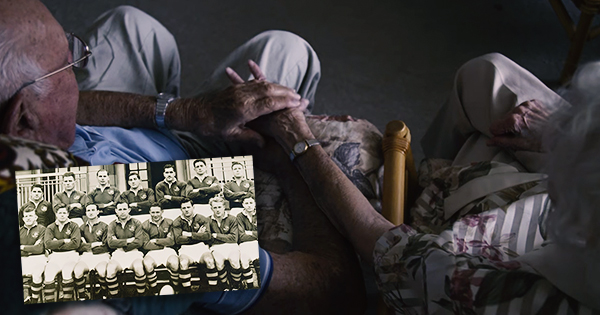 Eric Tweedale is not your ordinary former Wallaby. At 97 years-old, he is the oldest surviving Australian rugby player and has seen his fair share of action throughout his life. But this tale, wonderfully produced by World Rugby, recounts not only his playing career, which took him on tours to Europe as well as New Zealand, but an amazing human story.

Born in Rochdale in the UK, Tweedale emigrated to Australia in 1924 and played his early rugby with the New South Wales Waratahs. He made his debut for his adopted country in September 1946 against New Zealand before going on to represent the Wallabies a total of 10 times.

He was part of a largely successful touring side to Europe in the winter of 1947/48 as well. The Wallabies beat Scotland, Ireland and England before losing 13-6 to France in Colombes.

Tweedale played his final Test for his country against the All Blacks in 1949, winning 18-3 at Sydney Cricket Ground.

There is a warm feel to Tweedale’s story, particularly when he recounts the tale of meeting his early girlfriend again, some 62 years after they last saw each other.

War separated the two as Tweedale served his country in the South Pacific. His reunion with Enida Bradshaw is a remarkable story, especially as it occurred at exactly the same place as when they first met.

It is a lovely story of a man who has no intention of giving up his record as Australia’s oldest rugby player, but it is really a lot more than a simple rugby tale.