The Shortball highlights wrap from Round 6 of Super Rugby 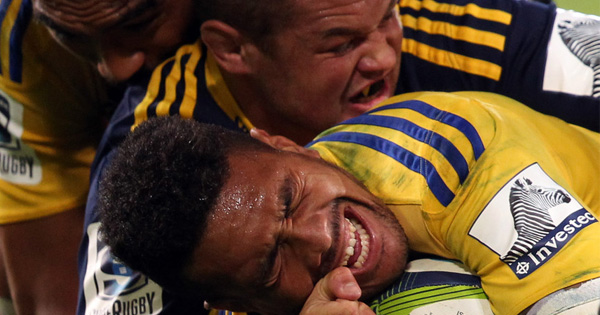 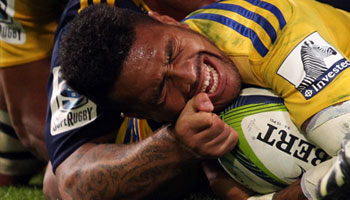 Fox Sports have put together another segment of the Shortball, that gives fans a round-up of all the Super Rugby highlights from this past weekend. It was an eventful week in the Southern Hemisphere, with 26 tries in total, some great hits and even a few red cards to boot.

The Hurricanes ran out on top of the Highlanders in a hard fought game in Dunedin, with All Black centre Ma’a Nonu putting in a few trademark tackles. This has put the Hurricanes into top spot, their best start to Super Rugby for quite some time.

The Lions also had a taste of success, turning over the Rebels in Melbourne. Had the Rebels kicked their penalties the scoreline may have been different, but the Lions capitalised on second half mistakes, scored a late try and picked up their first win in Australia for some time.

The Crusaders demolished the Cheetahs in a clinical second half display, scoring 8 tries in total. Dan Carter picked up a brace, Nemani Nadolo had the pick of the bunch though. The Giant Fijian winger kicked through without breaking stride, a sublime first touch, gathered and dotted down for 5 points.

The major talking point of the weekend was in the Sharks vs Chiefs game, where 3 red cards were shown during the first 30 minutes. Bismarck du Plessis, Frans Steyn and Chiefs hooker Hika Elliott were all given their marching orders for various offences, Du Plessis’s being the most shocking.

He has since been banned for 4 weeks, reduced from eight. Frans Steyn’s red card was rescinded after he was proven not guilty to a tip tackle offence, whilst Elliott’s no arms dangerous charge earned him a week on the sidelines.

Chiefs captain Liam Messam was quick to defend the trio, claiming they ‘aren’t dirty players’, though he too was later cited for actions ‘contrary to good sportsmanship.’

The footage of Du Plessis is clear as day, do you think 4 weeks is the right penalty?