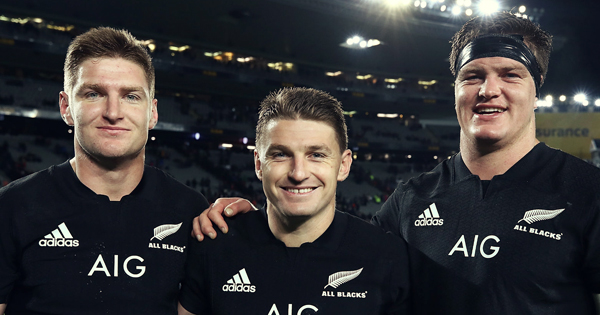 The All Blacks have named their team to face the British and Irish Lions in the third and deciding Test in Auckland on Saturday. The squad includes two Saveas, and three Barrett’s, as young fullback Jordie gets his first Test start. The Lions have named an unchanged team.

The match day squad sees 20-year-old outside back Jordie Barrett named at fullback, with Israel Dagg moving to the right wing, and Julian Savea returning on the left wing.

Ngani Laumape starts in the number 12 jersey after coming off the bench last week, while Malakai Fekitoa has been named on the bench, as midfield cover.

Captain Kieran Read will play his 100th Test match and 25th as captain, after making his Test debut in 2008, and he will become the seventh All Blacks centurion after Richie McCaw, Keven Mealamu, Tony Woodcock, Daniel Carter, Ma’a Nonu and Mils Muliaina.

With 22 wins from 24 Tests as captain, Kieran Read has the highest winning record in the world of any captain with more than 20 Tests – at 91 percent.

“Firstly, on behalf of the All Blacks and all of New Zealand, I’d like to congratulate ‘Reado’ (Kieran Read) on reaching the milestone of 100 Test matches,” said head coach Steve Hansen.

“It’s a special achievement to play just one Test, so to play 100 is a remarkable effort. His playing ability speaks for itself and inspires others, and he now joins a unique group of special All Blacks.

“We’d also like to congratulate Jordie (Barrett) on making his first Test start in what will be a very memorable occasion for him.”