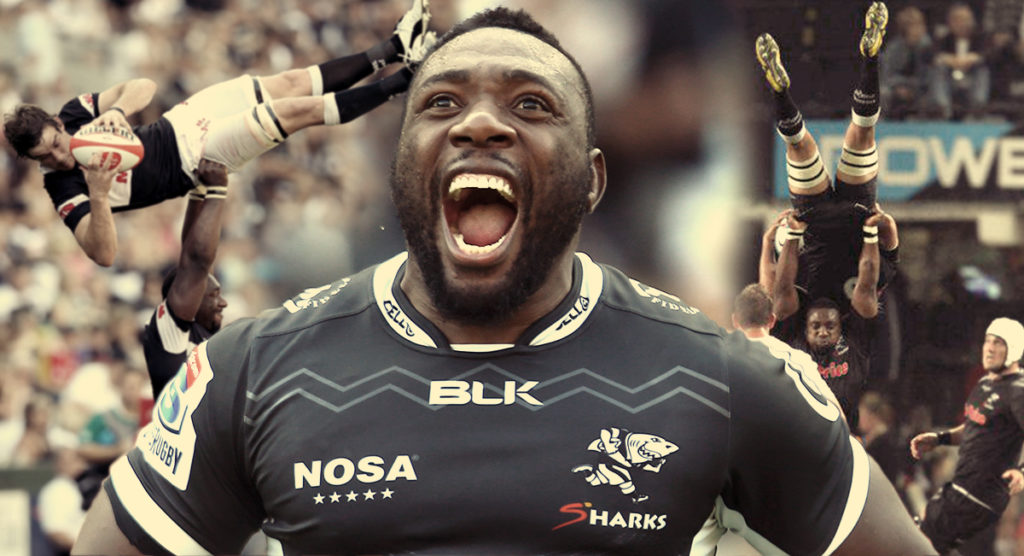 Sharks prop Tendai Mtawarira is set to level the record for the most Super Rugby appearances for a South African player when his side host the Bulls this Saturday.

The 33-year-old has made 155 appearances for Durban-based side since making his debut over a decade ago. He is one behind former Cheetahs and Bulls hooker Adrian Strauss, and will level with him this weekend.

Since making his debut for the Sharks, Mtawarira has established himself as one of the most respected players on the planet, universally known as ‘The Beast’.

He has earned 107 caps for the Springboks to date, with the highlight of his career in a green jersey surely being the devastating performance he put in against Phil Vickery in the 2009 British and Irish Lions tour. Mtawarira dismantled the more experienced man in the scrum, and announced himself on the world stage.

However, he has had some memorable appearances for the Sharks over his 155 Super Rugby matches, none more so that the remarkable feat of strength in 2012, when he prevented lock Anton Bresler from a serious injury after he fell backwards when being lifted by Mtawarira.

Fortunately, he is not called The Beast for nothing, and he was able to prevent him from falling not once in that match, but twice.

Feats like that are rarely seen, but bizarrely it happened again a week later, with the exact same two players. Bresler must be grateful that Mtawarira was his teammate.

While the acrobatics with Bresler is what went viral at the time, it actually happened a year earlier too, when he saved Keegan Daniel.

While all of this is just a sideshow for what he really contributes to the Sharks and the Springboks, he’s had a fantastic career and when he does break that record, he will be a more than worthy recipient of the honour.