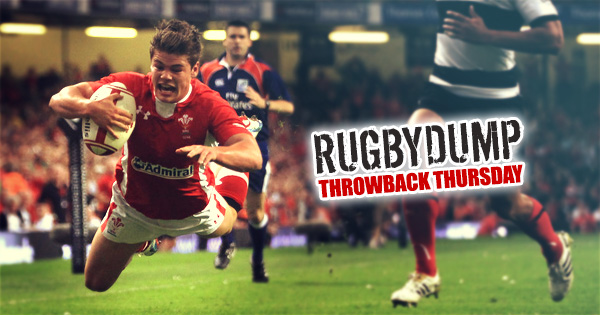 Today young Welsh winger Harry Robinson announced that he is retiring from rugby with immediate effect due to injury. Robinson, now just 23 years old, made his debut for Wales against the Barbarians in 2012, scoring a blistering try down the right wing.

Robinson came to prominence with Wales U20s, and was a Wales Sevens squad member. He was called up the senior side’s training camp in 2012 ahead of the Six Nations, however it wasn’t until he got his chance playing on the wing against the Barbarians that he made his senior debut.

A persistent neck injury put an end to his career, ending with three international caps.

“I never thought I would be in this position at the age of 23 – having to call an end on my professional rugby career at such an early age,” Harry expressed in a statement today.

“I am utterly devastated and it is a very, very bitter pill to have to swallow.

“During a game at the end of last season I suffered a significant neck injury that subsequently needed serious neck surgery. It came as a huge shock to hear the surgeon explain that it was unlikely I would ever return to play professional rugby.

“This was not a prognosis that I wanted to believe or accept. Following successful surgery to ensure that I was at no greater risk of making my injury and condition worse I was determined to come back to play again for the Scarlets. It is difficult to accept that I will never do this again.

Regretfully I have to announce my retirement from rugby. Thanks to everyone’s who’s supported along the way ???? pic.twitter.com/lVruXS6kkA

“I have worked so hard over the last 10 months to return to full fitness and regain the functionality I had before the injury. It is with great regret that I have been unable to do this.

“As it has turned out the consultant was correct with his initial assessment of my injury and the ultimate impact on my career.

“Whilst I am devastated I count myself very lucky and enormously privileged. I have had a fantastic six years as a professional rugby player with both Cardiff Blues and Scarlets. I have travelled all over the world at every age grade, Wales 7s and the Welsh squad. I have made many friends who I know will be friends for the rest of my life.

“I would like to thank a whole host of people – the Scarlets; the coaches and the medical team there who have supported me through my recovery with patience and understanding.

“To the Blues and Dai Young who gave me my first professional contract. To all the players I have played with, and against, who have made my playing years such a blast. I walk away with fond memories that will stay with me forever. I wish that it had lasted longer but it was not to be. Sometimes these are the cards you are dealt in life.

“New challenges lie ahead of me now and I will embrace these with the commitment and dedication I have learnt over the years as a player.”

We wish Harry all the very best as he takes on those new challenges.