THROWBACK: Wales' mesmeric try against Scotland in 1977 had everything 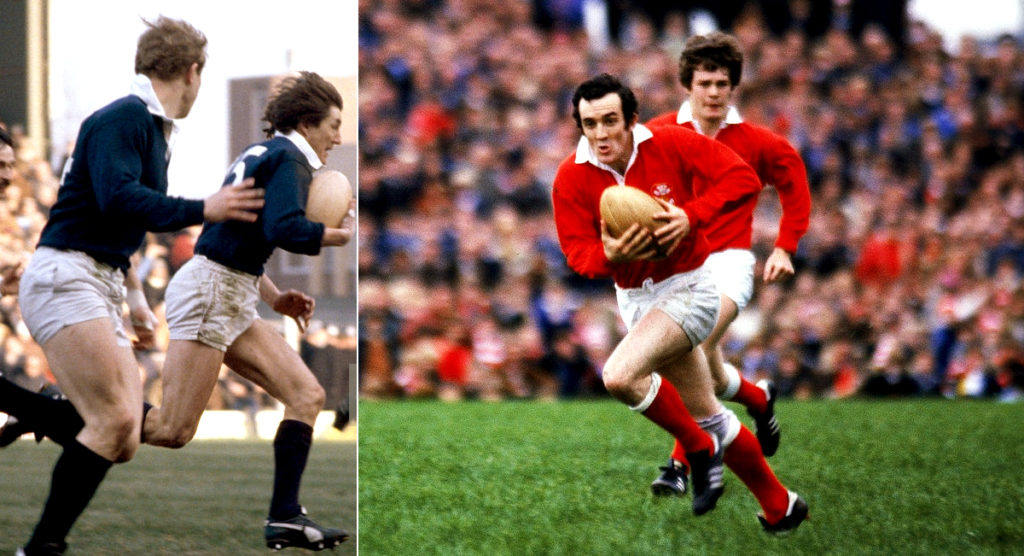 Ahead of the much anticipated Scotland and Wales 6 Nations clash this coming weekend at Murrayfield, here is a quick look back at two classic tries scored between the two sides when they met at the very same venue way back in 1977.

While this year’s encounter is expected to be close, and could possibly derail Wales’ Grand Slam ambitions if Scotland perform on the day, back in 1977 it was Wales who were 18-9 victors in the final round of that year’s Five Nations Championship.

Legendary commentator Bill McLaren – The Voice of Rugby – was at his absolute best as he called Scotland’s try, scored by fullback Andy Irvine. After a wonderful backs move,  Irvine still had plenty to do to get to the tryline but he surged over to finish a wonderful Scottish try.

Wales answered back with a classic of their own later in the second half, as flyhalf great Phil Bennett etched his name into the history books with one of the best finishes ever seen in the Championship.

A counter-attack from deep within their own half saw Gerald Davies step and fend superbly before Bennett handled, got it out to David Burcher who returned the inside ball to Steve Fenwick – handling for the second time – who showed brilliant quick hands to get it back to Bennett.

It was then finished with a classic Phil Bennett sidestep that put two Scotland defenders on the turf.

Called “The Try of the Championship” by McLaren in commentary, the try was actually voted Wales’ greatest ever Five/Six Nations try many years later.

We featured it here on Rugbydump way back in 2007, as it truly was a try that had everything.

France marched on to win the Grand Slam in 1977, but this match and that try will continue be lauded for many more years to come.

THROWBACK: Wales' mesmeric try against Scotland in 1977 had everything | RugbyDump - Rugby News & Videos