#ThrowbackThursday: Horror hospital pass set up the most brutal hit you saw in all of 2018 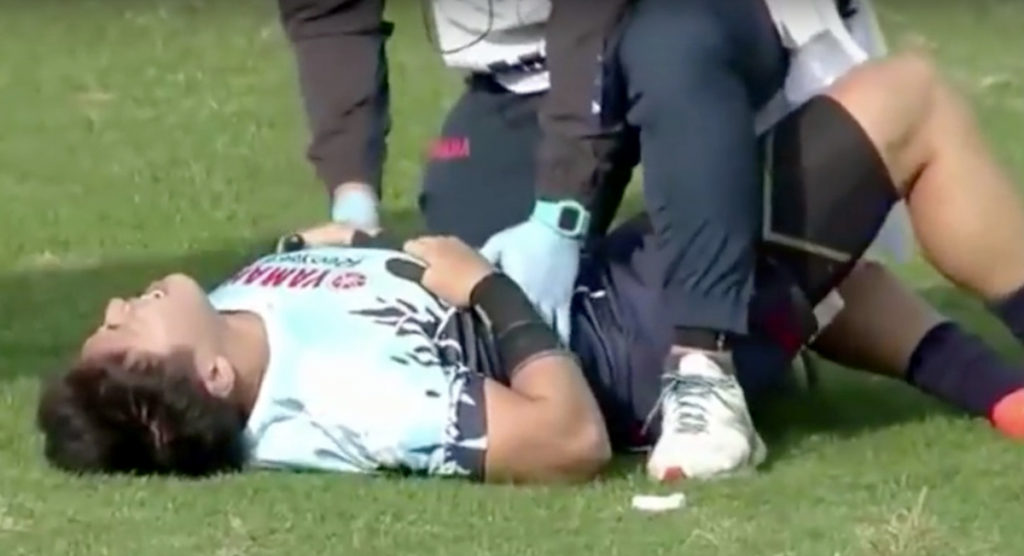 Looking back at another fantastic year of rugby, there are naturally a few key moments that spring to mind. When it comes to big tackles, this is one of them and while it was tough to watch, it was arguably the most impactful seen in the last twelve months.

Ayumu Goromaru was a star for Japan at the last World Cup and went on to play for the Queensland Reds and Toulon, making him the highest paid player in the world at one point.

But in this clip, the high profile Japanese full back threw what turned out to be an awful hospital pass to teammate Hiroto Kobayashi when the two were playing for Yamaha Jubilo.

With outstretched arms and ribs exposed, the centre reached forward to take the ball but had been lined up by big Panasonic Wild Knights flanker, Ben Gunter.

WATCH: Gunter was recently the victim of a brilliant Colin Bourke prank at the breakdown

The Australian duly smashed his victim in one of the most painful looking hits we’ve seen for a long time.

When asked about the tackle a few months later, Gunter said that he was in the right place at the right time, but also that he had many years of practice as a youngster.

“That tackle technique, Pop used to get me out the front here with a bag full of wet sawdust and make me smash that until my shoulders went red,” he told the Northern daily leader.

He was sin-binned, due to the centre landing awkwardly on his shoulders and head after the impact, but clearly that is not what caused the pain, as poor Kobayashi can be seen writhing around on the floor after having his insides painfully rearranged.

#ThrowbackThursday: Horror hospital pass set up the most brutal hit you saw in all of 2018 | RugbyDump - Rugby News & Videos