#ThrowbackThursday - Injured but not defeated, Cambridge lock surprises everyone 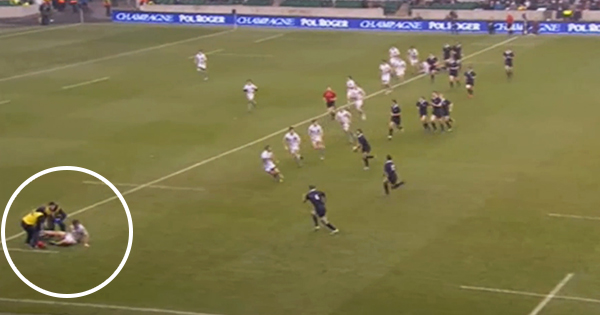 Today’s throwback clip comes from the Varsity match in 2013, when Cambridge lock Jake Baker found a new way to surprise the Oxford attack, and close the space instantly. It’s not the first time we’ve seen something like this happen in a match, and it probably won’t be the last.

Brian O’Driscoll famously ‘came back from the dead’ when playing for Leinster in 2011.

On that occasion he took a big knock but then popped up and not only made a tackle, but shortly afterwards, made a brilliant no-look pass on attack.

Just a few months later, Wallabies star Kurtley Beale did something similar, when he too was down on the floor injured but managed to jump up and defend, then from a turnover set off down field and almost created a try.

Oh, and just to make it more fun to watch, the commentator also swore during the live broadcast.

There was no counter attacking from Baker for Cambridge, but his effort in defence was great to see, and it certainly shut down the Oxford attack, in what is always a hard-fought Varsity contest.