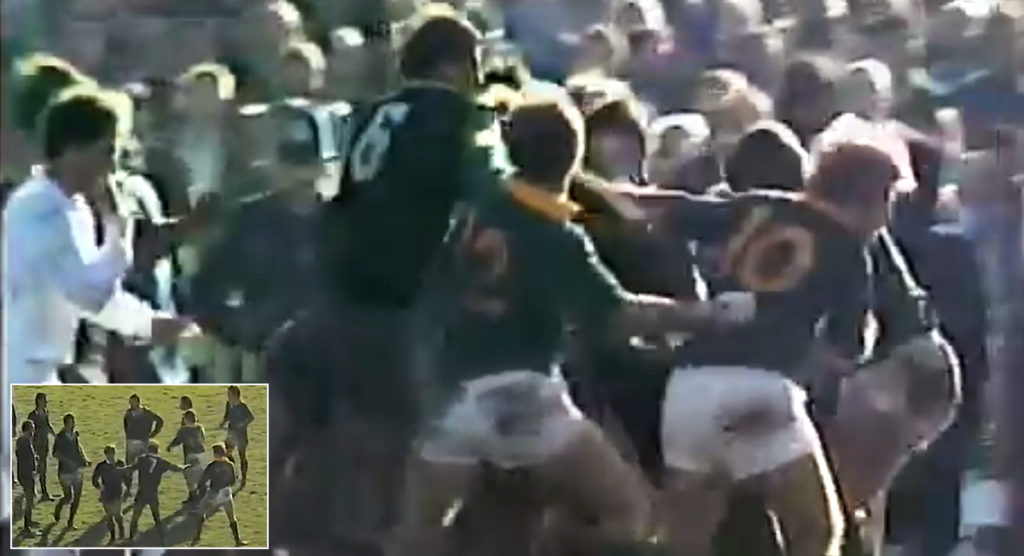 Rugby was very different back in 1981. Still very much amateur, play was as intense as ever but there certainly wasn’t much control regarding foul play. And with a fierce rivalry between New Zealand and South Africa, it was almost a given that things would boil over.

After a tense series in South Africa in 1976, which the hosts had won 3-1, the first Test in Christchurch’s Lancaster Park was always going to be fiery.

The tone for the series was set with a number of brief punch ups that the officials could do little about.

Due to politics and sanctions against South Africa’s racial policies, it was the last time the two sides played officially until 1992, when they met again in Johannesburg.

The two teams will face off in their respective opening games of the Rugby World Cup in 2019, and while there surely won’t be any of this kind of behaviour, you can bet that the match will carry the same kind of passion and intensity that All Black vs Springbok matches have held for many a year.