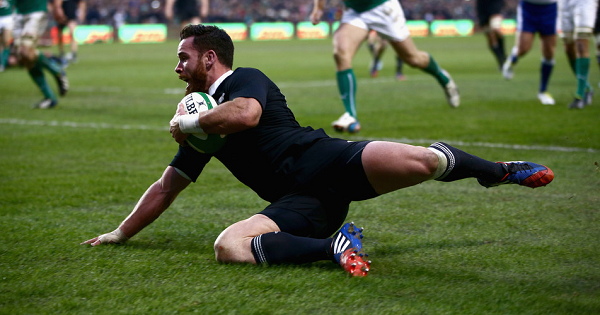 The end-of-year internationals are just around the corner and Ireland in particular start with a fascinating clash. They kick their matches off in the unfamiliar territory of Soldier Field in Chicago, where they will face the All Blacks.

It will be the first time the two sides will have met since their epic Dublin encounter in 2013, when the All Blacks snatched an unlikely victory in the final minute, breaking Irish hearts not only once, but twice.

Already cruelly denied a first ever win over the Kiwis – and the first of any sort by an Irish team since Munster’s famous 1978 triumph – with a last gasp try from Ryan Crotty, Ireland were then left to endure yet more pain after Aaron Cruden took two conversion attempts to keep their winning streak going.

Cruden had originally missed the first conversion, but referee Nigel Owens, who had left Irish fans on tenterhooks by referring Crotty’s try to the TMO, ordered the out-half to re-take the kick as several Irish players charged too early.

The partisan Aviva Stadium faithful, having moments before seen victory slip were understandably elated with the apparent draw. But in a cruel twist of fate, their hopes were crushed once more as Cruden’s second kick duly sailed through the posts, securing a 24-22 win.

While it’s easy to argue whether Ireland’s early charge affected the outcome of Cruden’s first attempt, Steyn’s petulance does place emphasis on respecting the goal-kicker at all times, players and spectators alike.

Come November 5th in the USA, Ireland will be looking to right the wrongs from that thrilling 2013 performance, and finally get one over the All Blacks, who they have still not beaten in 28 attempts, over 108 years.

Below are the last 5 minutes of the EPIC match, plus Cruden’s two shots at goal