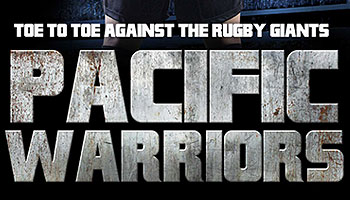 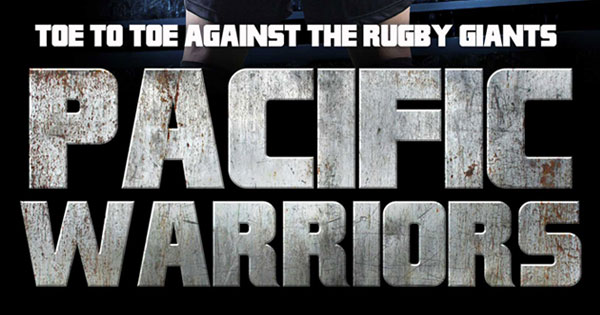 Pacific Warriors is a fascinating new documentary that explores the history of the tiny Pacific Island nations of Fiji, Tonga and Samoa. It documents their remarkable journies every four years at the Rugby World Cup, when against all odds they take on the rugby giants and at times, not only produce a scare, but even come out on top.

As told by the pacific players themselves, and featuring the likes of Jonny Wilkinson, Sir Clive Woodward, Bakkies Botha, Matt Giteau, David Haye and Jason Robinson, their tale is one of the greatest underdog stories in sport.

For the Pacific Islands the game of rugby has become the modern expression of their traditional warrior spirit. Their lighting fast, brutally physical, high risk style of rugby is legendary, making them fan favourites wherever they play.

The aim of the film is to raise the profile of Pacific rugby prior to the World Cup, and also to get all Tier 1 fans to give them a cheer as their second favourite teams. A significant percentage of profits will go towards Pacific Islands rugby development, and the filmmakers have already managed to fund a two-week training camp for Tonga in Surrey, from early pre-sales.

Having watched the full 2-hour feature, we can tell you that it is just as enjoyable, insightful and hilarious as the great trailer below. It will be available from iTunes in September 2015.