Tonga experience and power too much for spirited Namibians 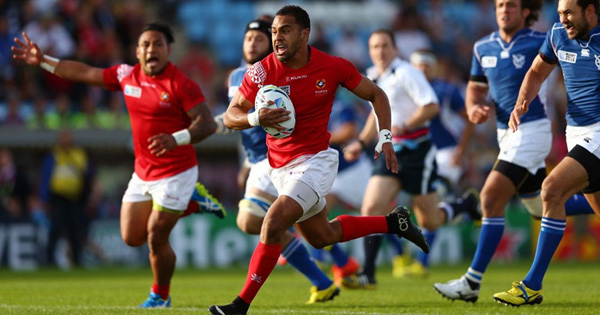 Tonga scored five tries to outplay a gutsy Namibian effort in today’s Pool C match at Sandy Park. The 35-21 victory came about despite Jacques Burger led Namibia fighting back in the second half, in the hopes of at least getting a losing bonus point from the contest.

It was Tonga’s highest ever points total at a World Cup match, and for Namibia, their three tries were the most they’ve ever scored in a match at the showpiece tournament.