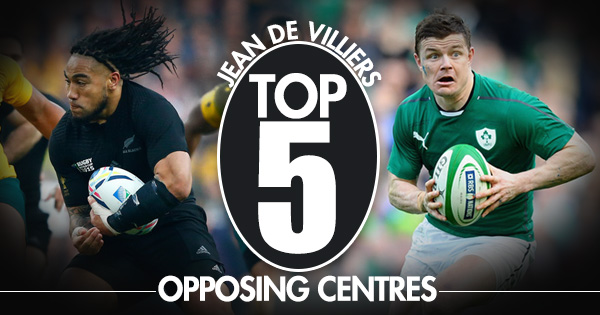 Former Springbok captain Jean de Villiers has picked the Top 5 best centres that he played against during his 109 international caps for South Africa. De Villiers led the Springboks to a third place finish at the 2015 Rugby World Cup, and over a Test career that spanned 13 years, has played against some of the best midfielders to ever play the game.

There are a number of players that could probably have been included in the list, but these are the five that came to mind when he was asked the question by World Rugby recently.

From a fan’s point of view, who else do you think could have made the list?