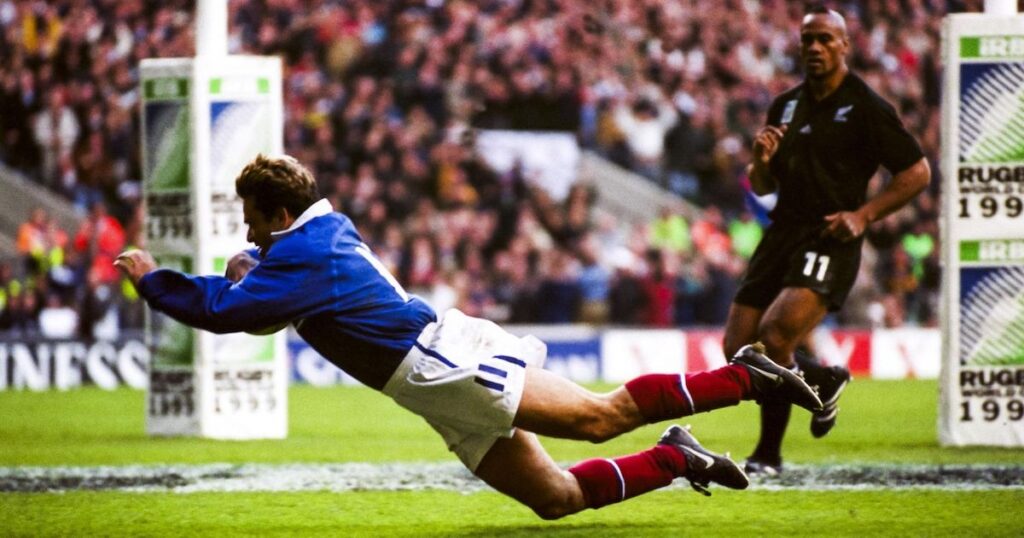 Tributes have been pouring in for Christophe Dominici following the sudden death of former France international winger.

Dominici represented his country 65 times between 1998 and 2007, scoring 25 tries and was regarded as one of the best wingers of his generation. Despite his diminutive stature, Dominici surprised many with a blistering turn of pace and stunning agility for both France and the club at which he spent the majority of his career, Stade Français.

He is perhaps best remembered for his performance during the infamous Rugby World Cup semi-final match against New Zealand, where he scored a sensational try off the back of a wicked bounce. His try put France in the lead of the game, which was effectively wrapped up after centre Richard Dourthe touched down after a length-of-the-field counter-attack.

In 2007, shortly before being picked for the World Cup squad by Bernard Laporte, Dominici released an autobiography, in which he admitted to suffering severe bouts of depression after the death of his sister and separation from his wife, and the fact that he had been abused as a youngster.

AFP reported that, according to official police sources, Dominici was found dead in the Saint-Cloud park in the Parisian suburbs on Tuesday afternoon, allegedly after jumping from an abandonned building.

Several figures within the world of French rugby paid tribute to the magician that was Dominici, including former team-mates Vincent Clerc and Jean-Baptiste Ellisalde, while French Sports Minister Jean-Michel Blanquer also passed on his condolences in parliament.

Powerhouse South African franchises such as the Bulls, who will soon play in PRO16, want to also qualify for the European Champions Cup.

'Anxious time for us all': Bath shut their training ground

Bath, who were last in Premiership action on January 8, have had their training ground closed following the latest round of virus testing.

Glasgow have reached a deal for Sam Johnson to extend his Scotstoun contract, but Huw Jones is now reportedly getting interest from France.