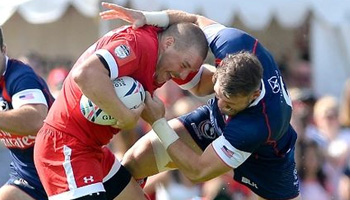 The United States made it three-straight wins over rivals Canada when they beat them 41-23 in their Rugby World Cup warmup match at Twin Elm Park in Ottawa on Saturday. The USA scored five tries as Canada lost in their seventh straight match.

The USA still have two more warmup matches, as they will take on Premiership side Harlequins in Philadelphia, before the bigger challenge of Australia in Chicago on September 5th. They are in Pool B with South Africa, Scotland, Samoa and Japan.

Canada, who are in Pool D with France, Ireland, Italy and Romania, will host PRO 12 side Glasgow Warriors in another world cup warmup match next Saturday.