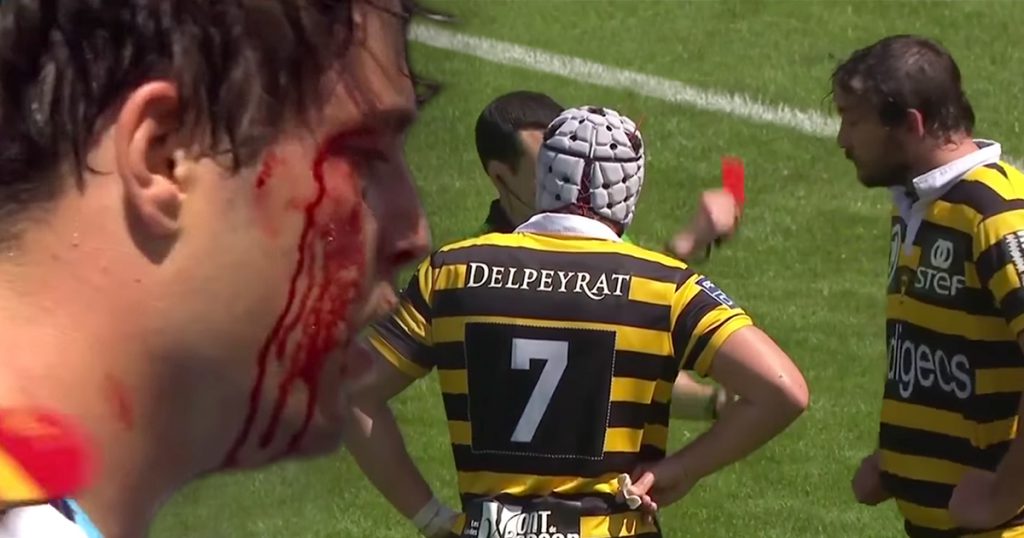 Perpignan’s PRO D2 semi-final win over Mont De Marsan was aided by opposition second-rower Dan Malafosse being sent off for this seemingly unprovoked swinging-arm-punch in the second half. The strike cut the eye of Karl Chateau, drawing the attention of the officials.

The cut and blood might have actually been caused by the initial head on head contact, just before the punch, but the referee and TMO had no qualms about red carding lock Malafosse for the strike.

Perpignan, who had been top of the regular season, progressed to the final with the 28-8 win. They will hope to achieve promotion to the Top 14 for the first time since being relegated four years ago.

They will face Grenoble, who beat Montauban 22-15, in the final next Sunday.