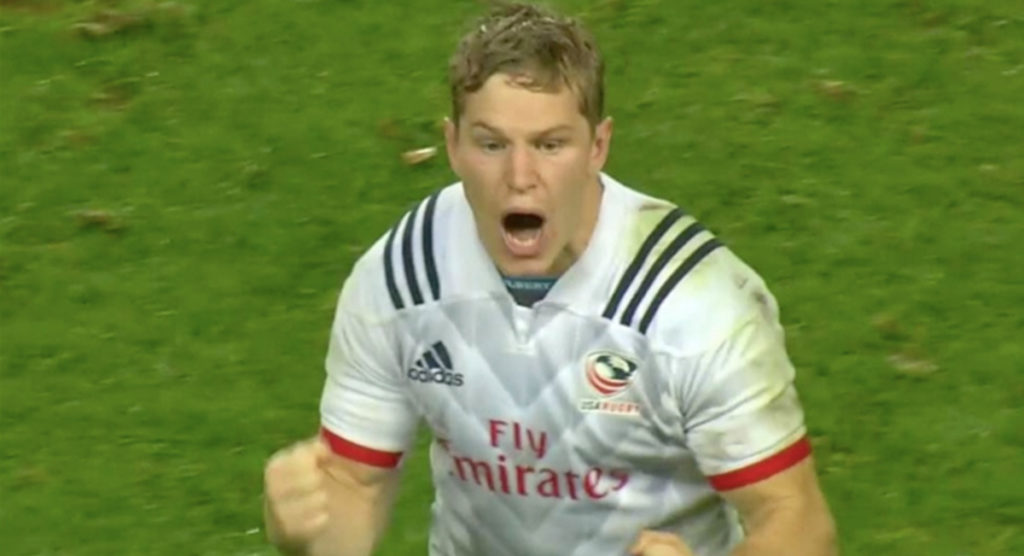 A dramatic penalty kick at the death helped the USA Eagles beat Samoa for the first time ever in San Sebastian, Spain on Saturday night. USA fly-half Will Hooley was called upon to make history and slotted the kick for the 30-29 victory.

The Eagles were able to put last week’s lopsided loss behind them and jumped out to a quick 15-point lead before Samoa stormed back into the contest with three converted tries on the trot. Cam Dolan put the Eagles back to within one point with his brilliant effort and try before the half.

After the break, Samoa extended their lead to six with a try from Jamie-Jerry Taulagi, but the USA went ahead once again with a Cam Dolan lengthy intercept try from a Tusi Pisi pass. However, a penalty conversion from Samoa produced yet another lead change and opened the door for some late-match heroics.

Those heroics would be provided by a relative newcomer, as the Eagles are currently without the services of first-choice fly-half AJ MacGinty. The Sale Shark is out for the remainder of the 2018 season due to a shoulder injury and subsequent surgery.

Hooley is currently with the Bedford Blues and has formerly had stints with Northampton Saints and Exeter Chiefs. He played for England U18s and U20s but qualifies for the USA through his American grandmother. He earned his first cap in February of this year.

His night almost ended in disaster earlier as his footing slipped on a failed penalty kick. Nevertheless, he bounced back to hammer home the winning kick and helped notch another historic win for the USA.

Reaction from Will Hooley:

You can also watch the full stream of the match here (may not be available in some regions):