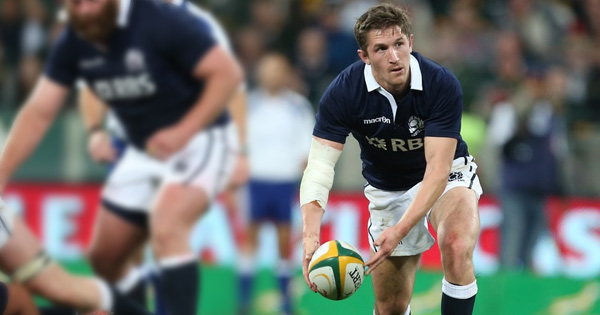 Vern Cotter will field an inexperienced Scotland side in this weekend’s World Cup warmup match with Ireland in Dublin. New Zealand-born flanker Hugh Blake will make his first start while scrum-half Henry Pyrgos captains the squad.

Making a return to international action is Wasps’ Ruaridh Jackson, who will start in an unfamiliar full back role. Edinburgh’s Greig Tonks takes the fly-half berth while his club captain Grant Gilchrist will complete his comeback from a broken arm in the second row.

The Scots have just four games before the final squad selection is made on 31 August. Cotter’s choices will be made easier by those players who perform, and he believes his coaching team have given the side the best chance to do so.

“The  strength  and  conditioning  team  have  worked  hard  to  get  more power  and  endurance  from  our players,  while  we’ve  also  focused  a  lot on  basic  skill  sets.

“The  successful  application  of  these  elements  will  enable  us  to  perform the  various  forms  of  rugby that  we  would  like  to  play;  dominating collisions  and  using  these  skill  sets  to  become  better  at  making and executing  decisions.

Scotland play their first World Cup match against Japan on 15 September at Gloucester’s Kingsholm Stadium. Between now and then, they face a home and away encounter with Italy before traveling to Paris to face France, by which time the final 31 will have been chosen.

The tourists won Saturday’s first Test 22-17 after a hard-fought battle.