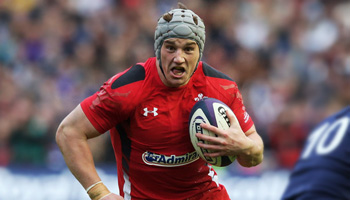 Wales centre Jonathan Davies has ruptured his anterior cruciate ligament, ruling him out of the 2015 Rugby World Cup. The 27-year-old, who has played 48 times for Wales, suffered the injury for his club side Clermont Auvergne against Montpellier and will undergo surgery in the coming days.

The Welsh Rugby Union and Clermont medical teams have been in constant dialogue and Davies is likely to be unavailable for 6-7 months.

Wales head coach Warren Gatland said: “It’s a disappointment for Jonathan and for us, but the advice is for him to have the surgery straight away.

“Obviously the injury rules him out of the 2015 Rugby World Cup but our focus is his long term career and we will be working closely with him during his recovery looking towards the 2016 RBS 6 Nations.”

How big a blow would you say this is for Wales?