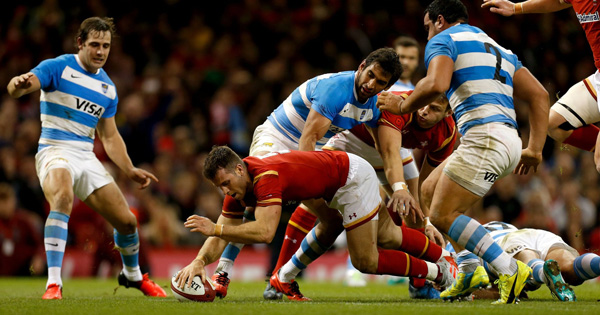 Wales restored pride by beating Argentina 24-20 in Cardiff, a week after going down 32-8 to Australia. Tries were scored in the second half by Gareth Davies and Liam Williams, while Leigh Halfpenny converted one and slotted four penalties, for a 14-point personal haul.

“We justly deserved the win. The players were frustrated at halftime as we had a lot of pressure in the first half and we weren’t rewarded for the dominance. But even in the last ten minutes we gave up too many opportunities.

“When players like Warburton and Alan Wyn Jones comes in they make a difference. I was also pleased with the Scott Williams and Jonathan Davies combo.

“Generally I was pleased with our performance. But it’s important you take your opportunities and I think we played some good stuff in the wide channels. But we have things to improve on. But I think we answered some of the criticisms from last week.

“A win gives you confidence that you are doing things right. It gives the players a lot of confidence and self-belief because we have won against a very good Argentinian side.”

“We kicked too much and when you play the northern hemisphere sides they try to slow the ball. Wales did very well in stopping our game and we were never able to feel comfortable.”