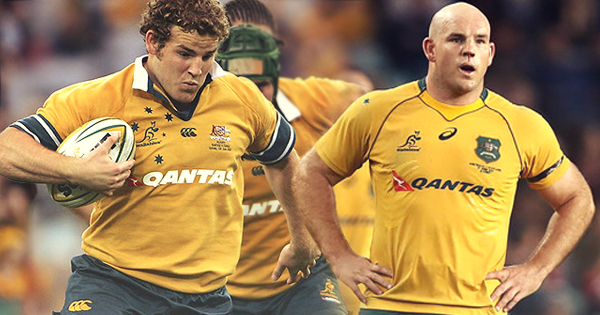 Wallabies and Queensland Reds hooker Stephen Moore has called time on his career, announcing that he will retire from Test rugby at the end of 2017, and then play a final season of Super Rugby in 2018.

Moore, now 34-years-old, first made his Super Rugby debut in 2003, before his Test debut for the Wallabies in 2005. He has gone on to play top level rugby for over a decade, with 177 games of Super Rugby and 120 Test caps.

“I’ve had a long career and my time in the game is something I’ll look back on very fondly,” Moore said. “That being said, there’s still a lot of Rugby ahead of me over the next 12 months and I hope to be able to contribute to the success of the Wallabies and the Reds with the time I have left.”

Moore is currently the second-most capped Australian Test player of all time, behind George Gregan (139 caps) and has played the second-most number of Super Rugby games of any player in the history of the competition (behind Wyatt Crockett).

“As of the next Test I will be handing over the captaincy, and will spend the next four months supporting the new leadership team in any way possible. We have a great bunch of developing leaders like Michael (Hooper), Adam (Coleman), Bernard (Foley), Samu (Kerevi), Allan (Alaalatoa).

“Succession is a really important part of the leadership of any team and we’ve been working to that end for a number of years and having those discussions for some time,” Moore said.

Wallabies coach, Michael Cheika said: “Stephen still has a big role to play within the team. This isn’t a farewell right now – he’s fully committed to getting the gold jersey back to the top this year.

“His contribution to this current team cannot be understated. What he’s achieved on the field is no mean feat but it’s his work off the field in his role as captain of Australia that has really impressed me. We now have to make sure we send him off in the best way possible this year,” Cheika added.