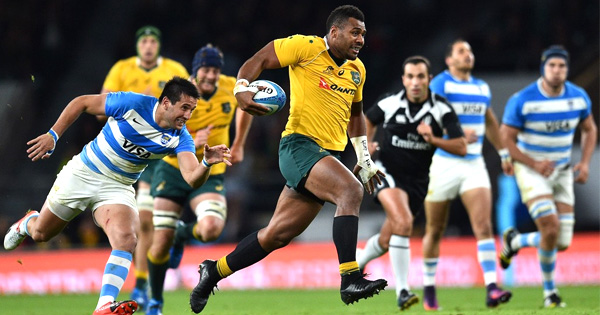 The Wallabies came out on top in an entertaining Rugby Championship Twickenham fixture on Saturday, the first of it’s kind in the northern hemisphere. The 33-21 meant that the Wallaby side finished in second place on the overall tournament log, behind winners New Zealand.

Over 48 000 fans turned out to watch the London based match, a repeat of last year’s Rugby World Cup semi final at the same venue.

“It was a very important game for us. We have a lot of young guys in this team who probably haven’t played at this stadium before. I think they learned a lot from tonight,” said Wallabies Captain, Stephen Moore.

“Our desperation in defence (was key). They had a lot of possession out there. We hung tight together and tackled well. We didn’t let them over the line and that’s what won us the game.”

Australia now head home to prepare for their final meeting with the All Blacks, as the third match in the Bledisloe Cup takes place at Eden Park, a venue the Wallabies have not won at in 30 years.