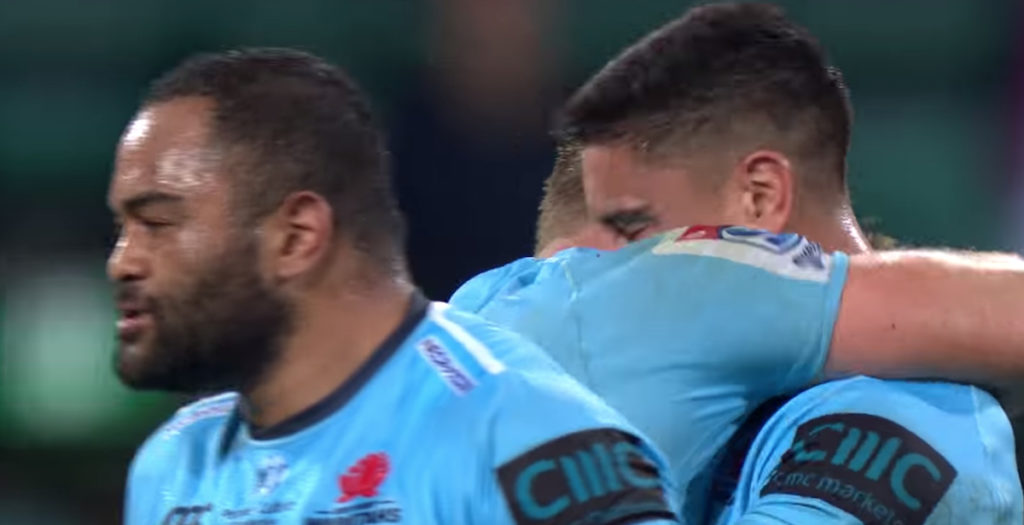 The Tahs came out with a 23-20 win in Sydney despite talisman Folau not featuring in the game as his case with the Australian Rugby Union over anti-gay social media posts continues.

Veteran Wallaby Adam Ashley-Cooper opened the scoring for the Waratahs as he continues to build his case for yet another World Cup appearance for Australia.

However following breakaway tries from Bill Meakes and Reece Hodge for the Rebels, the Waratahs trailed by 13 points at half time.

But the second half was all about fly half Bernard Foley, who kicked three penalties and converted his own try which came as a result of a bravery battle between himself and Quade Cooper to gather possession.

The Waratahs now sit third in the Australian conference of Super Rugby with the Rebels remaining top after nine rounds of the competition.