WATCH: Akira Ioane Ten of the Best video makes it hard to believe he's not an All Black 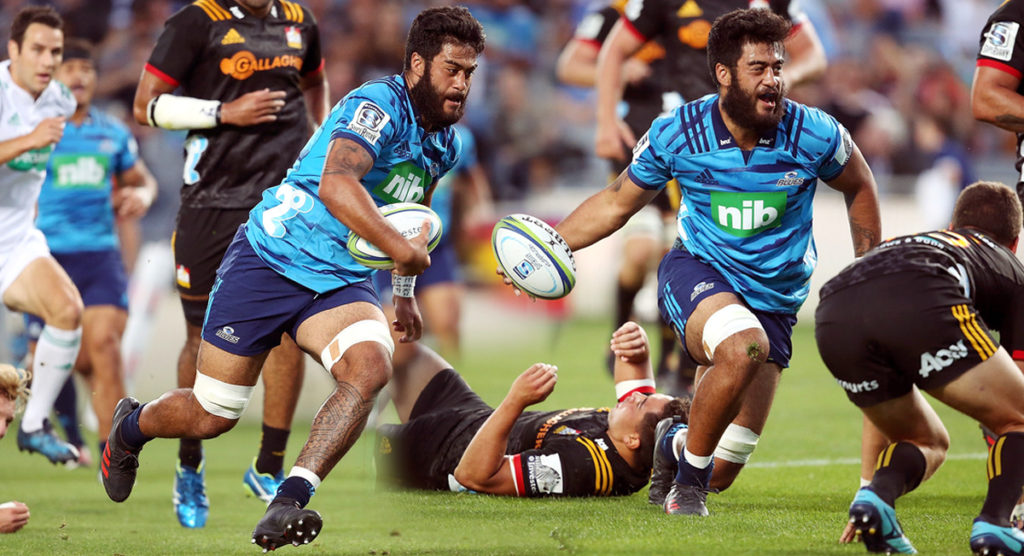 The Blues will start their Super Rugby campaign in the hardest possible way as they host the champion Crusaders at Eden Park this weekend.

It will be a momentous occasion, one that features the return of two time World Cup winner Ma’a Nonu to the competition. It will also see Akira Ioane make his 50th appearance for his club, an occasion the Blues are celebrating with a release featuring his 10 best tries (see below).

The montage shows the power and speed of the 23-year-old brother of wing superstar Rieko and has many Blues fans calling for him to earn his first cap for the All Blacks.

The former New Zealand Sevens player has been in and around Steve Hansen’s squad but has failed to earn a cap. However, he has an opportunity this season to try and force his way into the World Cup squad.

It seems inconceivable to think that captain Kieran Read will lose his place before the World Cup, but the blindside flanker slot may be up for grabs, or certainly, more than it has been over the past decade.

Ioane is capable of playing as a flanker or number 8 and could find himself competing with Liam Squire and Vaea Fifita for that number 6 shirt this season. Hansen has looked to field an increasingly mobile pack in recent seasons, so Ioane fits the bill perfectly.

All Ioane can do for now is continue to impress for the Blues, and hope Hansen takes notice.

WATCH: Akira Ioane Ten of the Best video makes it hard to believe he's not an All Black | RugbyDump - Rugby News & Videos