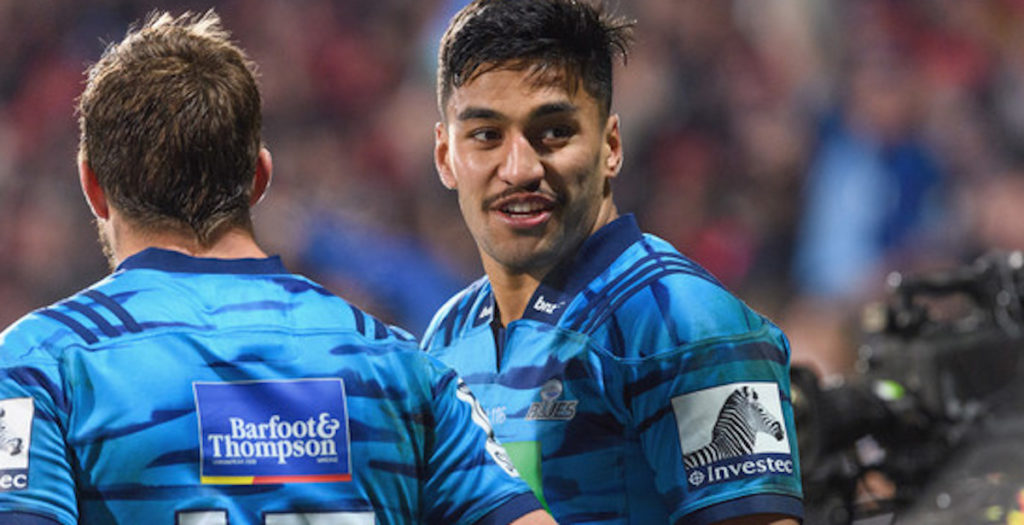 All Blacks winger Rieko Ioane scored four tries for the Blues in Super Rugby earlier today helping his side beat the Sunwolves 28-20 in Auckland.

The 21-year-old scored two tries in each half against the Japanese side, earning the Blues their first win of this year’s Super Rugby season.

Ioane has scored 22 tries in 22 Test matches for the All Blacks since making his debut in 2016 and is now second in the list of top try scorers in Super Rugby this season.

These stats make the Aukland-born speedster one of the best wingers in the world, but is he number one?

Full match highlights including Ioane’s four tries are available below: