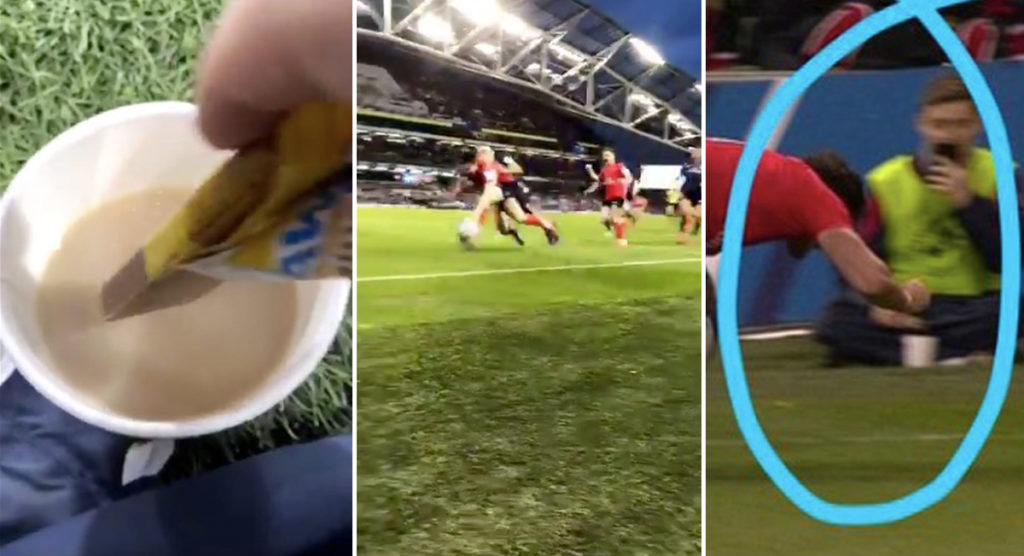 One of the defining moments of Leinster and Ulster’s epic Champions Cup quarter-final clash was the drop over the line by Jacob Stockdale.

Unfortunately for the 22-year-old, new footage has gone viral on social media in the most bizarre way.

One ball boy could not have been closer to the action without actually playing and got some unique footage of the try that never was.

This clip has left many questions, but many fans seem to have a problem with how milky the tea was more than anything else.

Former Ireland international Bernard Jackman was quick to point out that this was indeed real, and not some kind of twisted April Fools joke.

And to prove its genuine pic.twitter.com/unK2GKYQp9