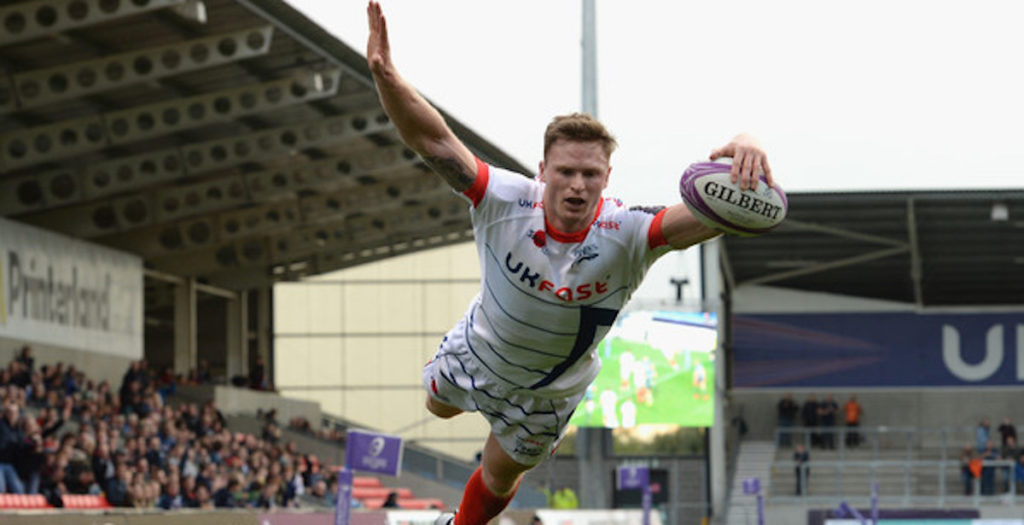 The footage gives a behind the scenes look at the pre-match team talk as well as the celebrations following the team’s 34-13 win which saw England winger Chris Ashton score a hat trick on his competitive debut for the club.

The video also reveals insight from director of rugby Steve Diamond about the squad rotation plans going forward and how the team celebrated debuts for Ashton, Tom Bristow and 150 appearances for Will Cliff with a rendition of Scottish anthem Flower of Scotland.

Sale will next host Ashton’s former club Saracens at Allianz Park in the seventh round of the Premiership on 17 November.