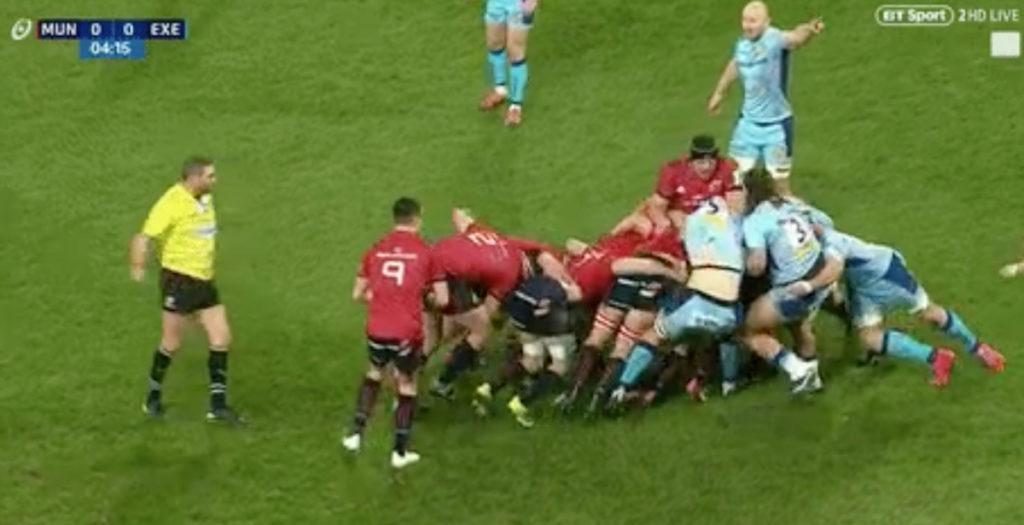 Munster back rower C J Stander got one over on Exeter’s Jonny Hill by stripping off his shirt during a maul.

Realising what he’d done, Stander threw Hill’s shirt as far as he could in the opposite direction, leaving the lock forward topless.

Munster beat Exeter 9-7 in the final round of the pool stages of the European Champions Cup on Saturday, qualifying them for the quarter-finals.

There have been some other classic wardrobe malfunctions over the years, most memorably Donncha O’Callaghan in 2006 during a Heineken Cup match against Cardiff, when he lost his shorts.

Another, more recent example was when Jean Deysel lost his shirt while playing Super Rugby for the Sharks, and carried on playing.

And then there’s a serial offender in NRL’s James Maloney, who enjoys hiding players’ boots.