WATCH: New goal light technology on the path to eradicate errors and change one key area of rugby as we know it 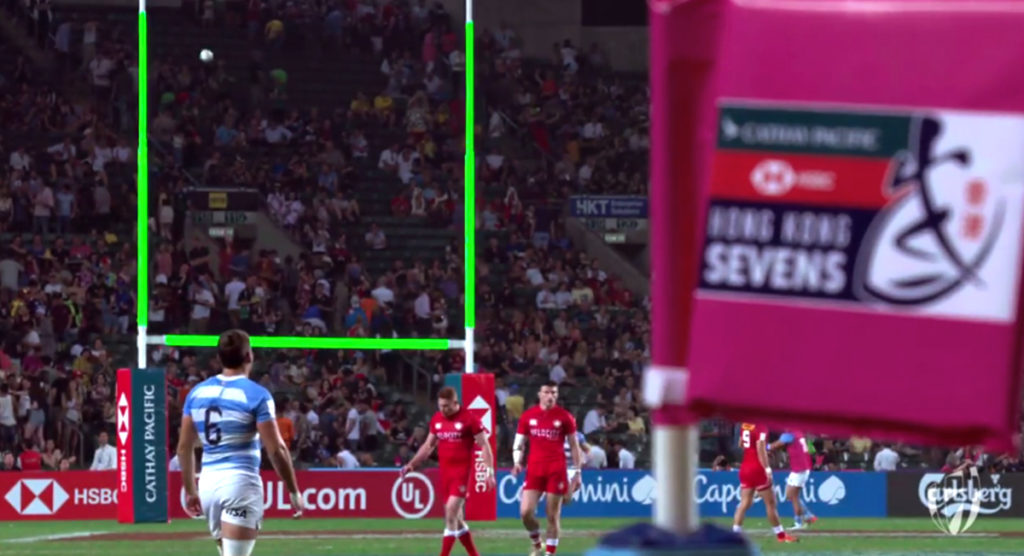 The latest round of the World Rugby Sevens Series featured a new addition that could well become the norm in future, for Sevens tournaments around the globe, at least. World Rugby have shared this video explaining a bit more about goal light technology and how it’s set to revolutionise the sport.

Similar to how wickets light up in 20/20 cricket, adding extra dramatic effect, this new goal light feature was tested in Hong Kong to great success.

How it works is quite simple – fluorescent lights go on the posts and when the ball successfully goes through from a drop goal or try conversion, they light up green. When a kick is missed, it’s indicated with them lighting up red.

It was actually created by an old schoolmate of Jamie Roberts’.

Very Cool. Innovative stuff from one of my best school mates @MikeyPress and his ‘Goal Light Tech’ business. Showcasing for the first time @OfficialHK7s this weekend. Posts light up green if successful / red if not. What you guys think? pic.twitter.com/dwfYZglA3A

The LEDs strips are completely programmable so a variety of colours and light combinations can be used. The system is attached to the post by a lace system that will tie at the back of the post allowing 95% of the post to be covered.

The system is powered by rechargeable battery packs housed within the back of the post protectors so there are no need for wires under the turf. The lights are triggered by a remote encrypted transmitter that will be pressed as soon as the officials raise their flag. In the event of a drop goal the system will be triggered by the match referee raising his hand.

While some fans have indicated that an automatic system, using a sensor of sorts, might be more impressive and it will get rid of the potential for human error, there’s no doubt that that is the direction it will head in and that is surely not a long way away.

For now, this is an interesting new feature that adds another element to the already festive Sevens circuit.

WATCH: New goal light technology on the path to eradicate errors and change one key area of rugby as we know it | RugbyDump - Rugby News & Videos