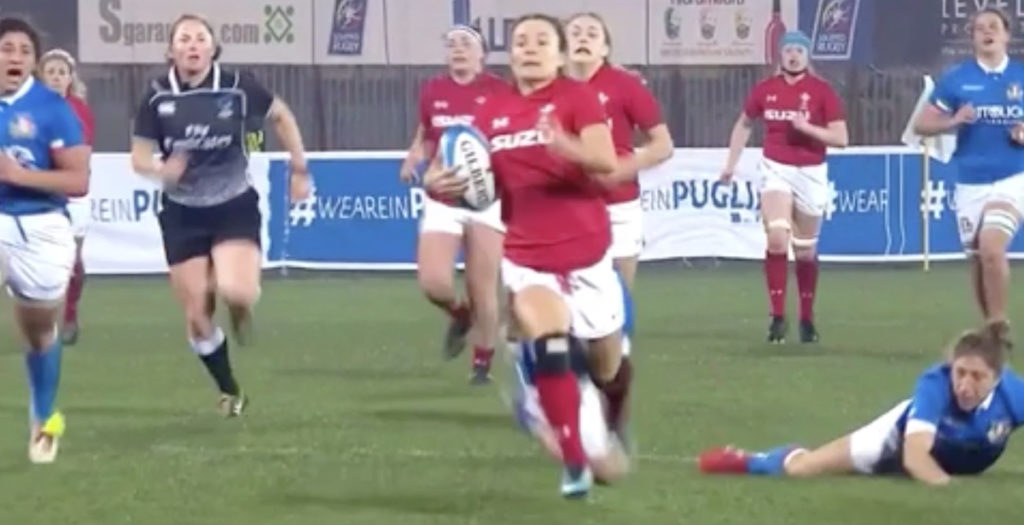 Wales winger Jasmine Joyce scored an incredible solo try against Italy in the Six Nations on Saturday, but her celebrations were cut short after it was disallowed.

Joyce ran 60 metres and beat five defenders with dazzling footwork and electric pace to score the first try of the game in the 72nd minute, before referee Aimee Barrett-Theron called a forward pass.

The game finished 3-3 in Stadio Via del Mar, Lecce which leaves Italy top of the table and Wales in fifth after two rounds.

Joyce made her debut in 2015 and the 23-year-old also represented Great Britain at sevens in the 2016 Rio Olympic Games – she was the only member of the squad not from England.