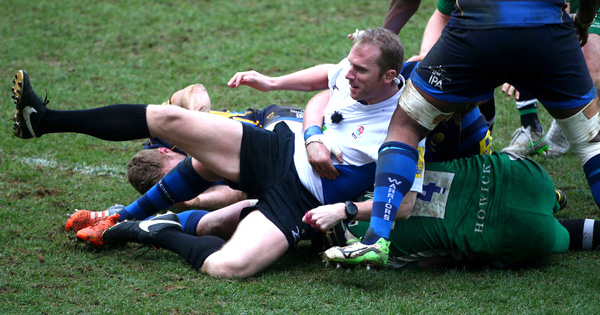 Obviously the temptation was too much for Worcestor number eight Gerrit-Jan van Velze, as he pulled referee Wayne Barnes into the ruck in a recent Premiership match. Barnes was looking at Bryce Heem to make sure he pinged the correct player, but was suddenly on his backside.

Van Velze bound on then pulled him down, before a loose boot flew over the top of his head.

It’s the second time in a month that Barnes has been part of the action, following him being pushed by Clermont flanker Viktor Kolelishvili, which resulted in a 14 week ban after the Georgian pushed Barnes in a Champions Cup match.

On this occasion, there clearly was no malice so Van Velze should be fine.