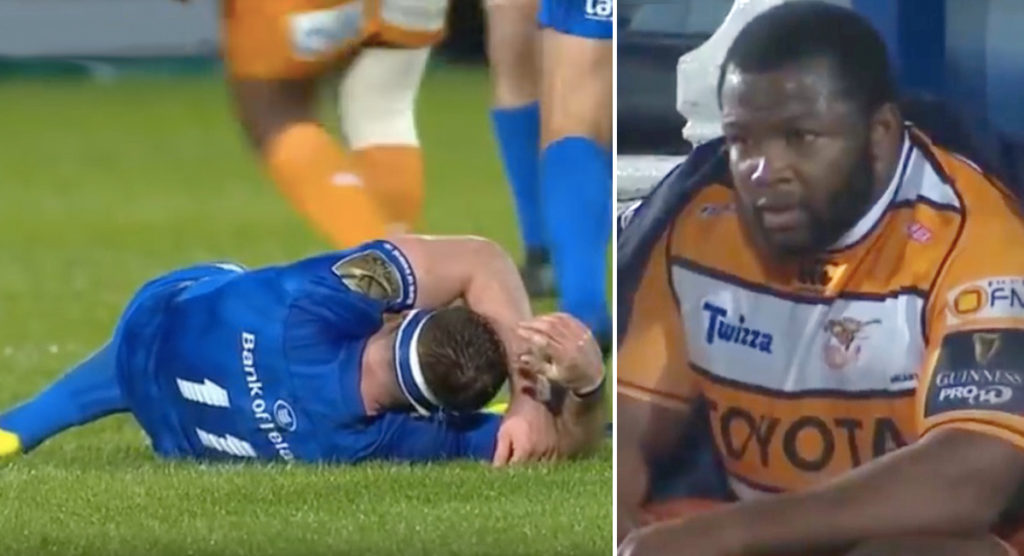 Cheetahs prop Ox Nche will face a Disciplinary Committee via video conference on Wednesday after a Citing Complaint for an incident that took place early in the Pro 14 match against Leinster in Dublin on Friday.

Leinster winger Fergus McFadden was taken out after he put a little chip in, and big Nche flew into him after pulling out of a charge down.

Despite multiple TMO reviews, referee Nigel Owens stuck with his initial call of only a yellow card, which appeared fairly puzzling as it looked like contact was made with the head.

He did, however, tell the Cheetahs captain that the prop was lucky it was not a red card.

Additionally, the Nche has also been reported for infringement of Law 9.25 – A player must not intentionally charge or obstruct an opponent who has just kicked the ball.