What Rugby Gave Me, John Goldman 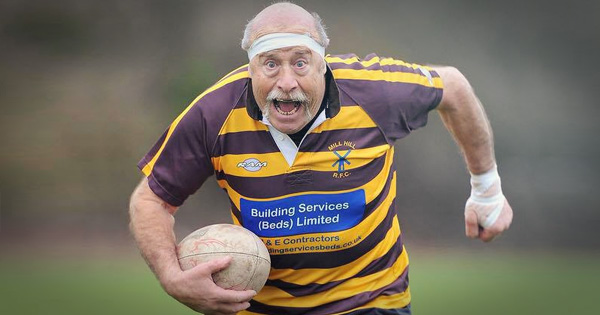 Rarely does sport produce such inspirational characters as John Goldman, a 76 year-old man who has beaten cancer twice, undergone a heart by-pass but continues to regularly play rugby for his club, Mill Hill RFC. This England Rugby details an extraordinary man.

Goldman is as humble as he is passionate about his sport. Predictably, he doesn’t think he is inspirational or unique. But the truth could hardly be further from that statement.

He was inspired to take up the sport, that he played fleetingly during his school days, after watching the 1991 Rugby World Cup. Since then, it has become “The most enjoyable time of my life.”

Keeping fit and healthy for someone who has gone through so much adversity is a key element to his happiness. Goldman lifts weights to keep his muscles active and ready for games, but rather bizarrely, he prefers to hit trees to get used to the contact! 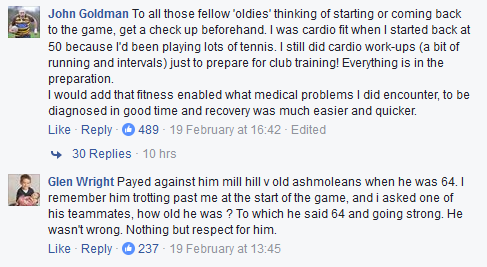 Pure class. We wish him many more years in the game.