Which one of these outstanding Test tries could be named Try of the Year? 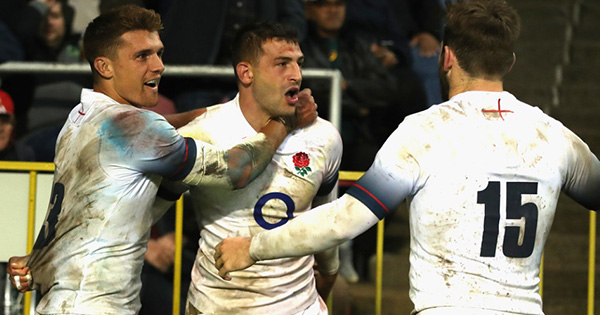 Even though we’re only halfway through the year, there have already been some incredible tries to admire. With an eye towards the World Rugby awards and the eventual IRP Try of the Year, World Rugby have put together a selection of top tries from recent internationals.

It’s impossible to keep Beauden Barrett out of contention for awards these days, so it’s no surprise that the two-time player of the year finds himself highlighted yet again. Blink and you miss that textbook swipe of Teddy Thomas’s attempted tackle.

From the same series, Ngani Laumape makes the list for his bulldozing run over Maxime Medard after some Damian McKenzie magic.

Japan’s Amanaki Mafi was in for the try against Italy after what looked like a well-executed, fundamental passing drill from the Brave Blossoms.

Dynamic Georgian winger Soso Matiashvili has a way of stretching a rugby pitch for all it’s worth. He almost perfectly reproduced the same stunning try against Tonga that he made against Canada, where he dived and touched the ball down with mere centimeters to spare.

Bernard Foley kicked ahead for Marika Koroibete, against Ireland, who bumped Rob Kearney and dragged Johnny Sexton a full five metres to score for the Wallabies.

Finally, in a stunning show of skill by both the resurgent Danny Cipriani and winger Jonny May, the fly half kicked ahead against the Springboks, deep into the in-goal area. The ball had absolutely no business staying in play, but thankfully for England, May chased it anyway and outran everyone, using every last piece of real estate available for the score.

Have your say. Which do you think is the best try from this list?