Will Genia's awkward post-match interview after injuring his knee 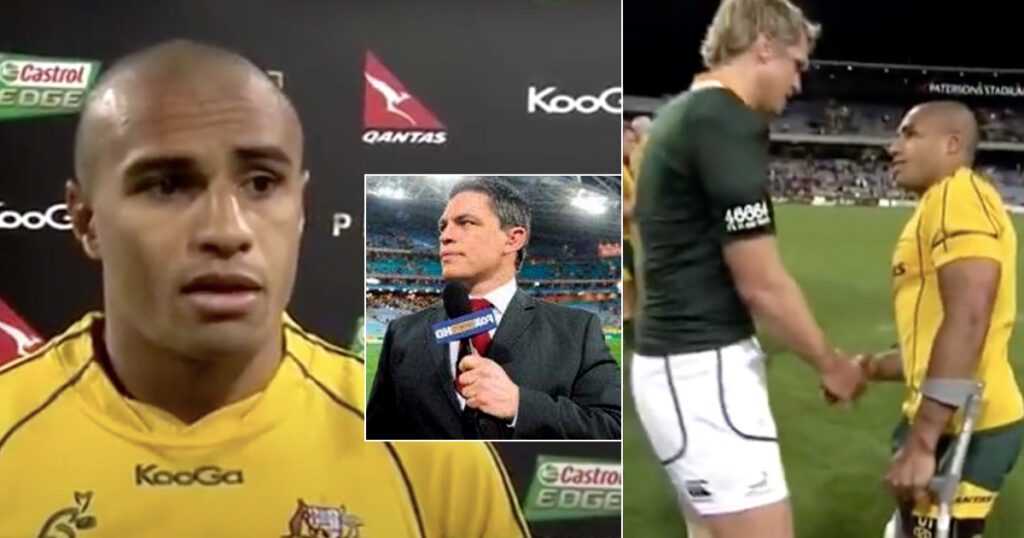 The Wallabies will be without Will Genia when they a face Argentina tomorrow following his ruptured anterior cruciate ligament knee injury against South Africa. Things got worse after the game, as he felt he was under attack when interviewed.

Genia has undergone a full reconstruction of his right knee in Brisbane and is expected to be out of the game for a minimum of six months. He has been replaced by Nick Phipps.

The Wallabies had lost their first two Rugby Championship games to the All Blacks, so despite beating the Springboks, the pressure of the past few weeks, compounded with the injury, seemed to get to him as he felt Rod Kafer was having a go at his personal performance.

Kafer handled the situation well, although it was possibly the most awkward start to a post match interview we’ve seen. Genia went on to explain that he took the high ball and twisted the knee, then heard a few cracks. To his credit he also apologised for the way he reacted.

The Wallabies will face Argentina tomorrow without him, and the Pumas already sense that they may be able to capitalise on the loss of Genia, arguably the best number nine in the game.

“I think he’s been a talisman for them,” said prop Marcos Ayerza. “To lose a key player, and a captain, is a massive loss for Australia and hopefully we can use that to our advantage.”

You may have seen this interview already but today it’s being shared and archived in our Funnies section for those who haven’t. There is also a closer look at how and when the injury occured.