Will Greenwood gets a master class in Sevens from Alex Gray 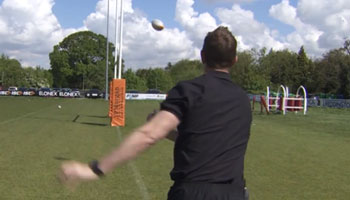 The 40-year-old TV pundit is an ambassador for the tournament, and met with the former London Irish 7s captain to get some tips and insight into the world of 7s.

As you’ll see it’s a great look at the various aspects that sevens rugby requires, and the banter between the two players – especially from about five minutes in – makes this a great video for newcomers, coaches and rugby fans in general.

The J.P. Morgan Premiership Rugby 7s kicks off on August 1 at Kingsholm, with rounds at Franklin’s Gardens and Allianz Park and the final at The Rec. For more tickets and information, visit www.jpmorgan7s.com or follow @jpmorganrugby7s on Twitter.