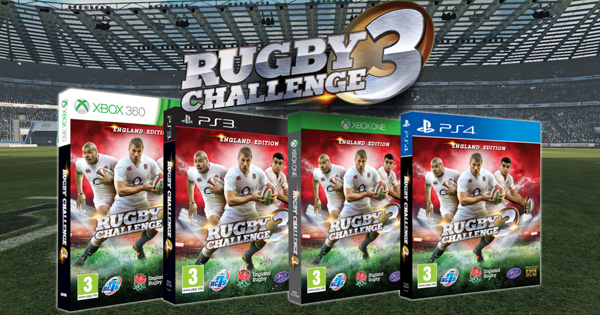 This week the highly anticipated Rugby Challenge 3 will be launched, available on PS4, Xbox One, PS3 and Xbox 360. The game is available for pre-order now but today we’re giving away some copies, so enter your details below to stand a chance of winning!

Rugby Challenge 3 will be released in the UK and Ireland on Friday, April 22nd. The game is touted as being the first true rugby union game on next-gen consoles, and features the debut of Rugby Sevens and licenses for England, the Springboks, the Wallabies and the All Blacks.

The Aviva Premiership, South Africa’s Currie Cup and more are all included.

The feature list has been driven by fans of Rugby Challenge 2, and includes the following:

View the release trailer below to see the game in action.

Pre-order with your choice of retailer via the Alternative Software website: