WIN an Xbox 360 console and copy of Rugby Challenge 2! 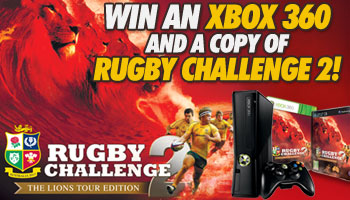 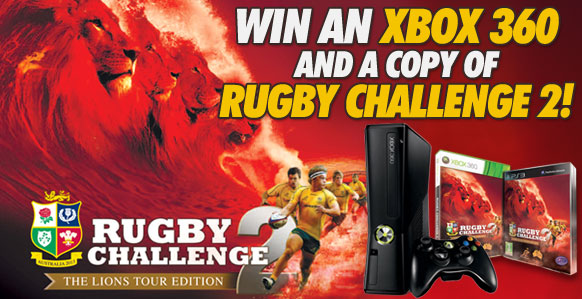 Timed with the much anticipated Lions tour, Rugby Challenge 2 will be launched in June on consoles (PC later in the year) and feature the exclusive licence for the up and coming British and Irish Lions Tour of Australia, featuring the latest players that were announced in the squad recently.

The game also features the official licences of over 110 other teams, and over 50 stadiums from around the world, including official team, competition, and special match licenses.

In this edition the gameplay has been refined and expanded to include the addition of quick taps, quick lineouts, mauls from lineouts, interceptions, contesting the ball at the breakdown, removing players from the ruck, number eight scrum pickups, and dynamic in-game team strategies.

There are now more options to create or customise players, teams, and competitions, as well as change the game rules and behaviour to shape game play. Game modes include Match Mode, Multi-team, Competition, and an expanded multi year Career Mode.

ENTER NOW TO STAND A CHANCE OF WINNING

QUESTION: Who do the Lions play in Hong Kong before they go to Australia?

Send the answer, along with your name and address to competitions@alternativesoftware.com

Entries close Monday 27th May 2013. The winners will be drawn at random by alternative software

This competition is now closed. Thanks to everyone that entered!