Worcester Warriors snatched a 21-19 victory over an 11-man Bath side on Saturday afternoon at the Sixways stadium to boost their survival hopes.

Bath finished the match with three yellow cards and one red, allowing Worcester winger Bryce Heem to stroll over in the last play of the match to level the scores, before fly half Duncan Weir scored the match-winning conversion.

Ross Batty was the first man to leave the pitch for Bath, conceding a red card for a neck-roll in the 63rd minute. Remarkably the other three yellow cards all came in overtime, starting with replacement front rower Max Lahiff for an infringement at the breakdown in the 83rd minute. 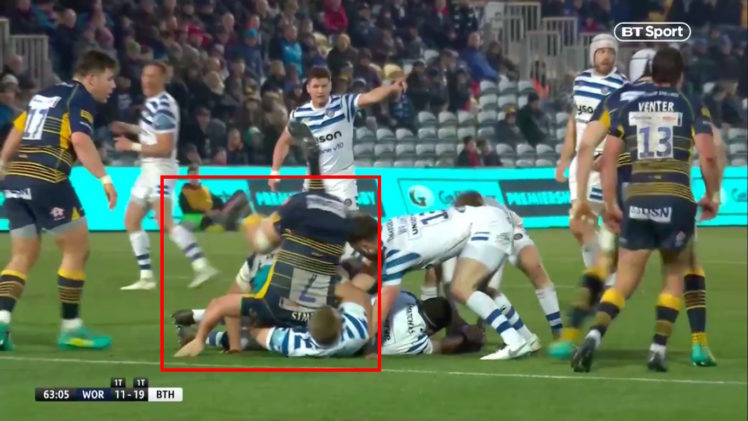 Next up was another replacement front rower, Lucas Noguera Paz for collapsing the scrum in the 87th minute before Aled Brew was binned for being offside in the 94th minute.

Oh. My. Scrums. What a day! Unbelievable character and resilience from the boys to dig in for that win. Anyone got a fresh pair of quads I could borrow? Asking for a friend…#COYW @WorcsWarriors pic.twitter.com/kOttMEq1Hr

This remarkable victory leaves Worcester four points clear of Newcastle, who currently occupy the relegation spot at the bottom of the table. The two sides are due to meet on Sunday 3 March in Newcastle.

The following video is only available in the UK
*EDIT: Highlights recap added below

The finale at Sixways today was truly EPIC! 😱

Relive the drama as Worcester rallied for the win against 11 men Bath 🍿#GallagherPrem pic.twitter.com/ySpcYMPQOA